Join Crash Bandicoot and his sister Coco on a mission to save the multiverse!
Think fast to keep Crash and Coco running, jumping, spinning and smashing in lanes loaded with obstacles. Speed through mysterious lands, defeating the henchmen of Doctor Neo Cortex.

Swipe to explore wild and exotic locations. Customize Crash and Coco with N.Sane Skins, build an arsenal of stupendous weapons, and hone those running skills for rewards.

Get ready for the run of a lifetime!

A variety of running challenges await Bandicoot fans, both new and back for more!

The Wumpa Archipelago is vast, featuring classics such as Turtle Woods, Temple Ruins and The Great Gate to delight all Crash fans. Every adventure is a thrill ride, risking dangerous Sewer or Later or a dash through the perilous Snow Go Mountain.

Dr Neo Cortex has pulled from the multiverse Crash and Coco's most dangerous enemies: Nina Cortex, Dingodile, Dr N-Gin, Fake Crash & Coco plus many more old and new bosses are stealing Power Gems. It's up to Crash and Coco to stop them!

- Team up for greater rewards -

Get ready to join the best Bandicoot in the asynchronous multiplayer runs!

Teams are about playing with friends and pulling together, with bragging rights for being the best and seeing your name on the leaderboards. Who went farthest, or lasted longest? By challenging others, your Team could claim huge Trophies.

There is more than meets the eye with incredible skins available to unlock.

The classic Crash Bandicoot and Coco are yours from the start, plus Punk skins to make a statement. As you explore the multiverse, you'll unlock skins that give extra Trophies, bonuses, modifiers and even an Aku Aku Mask!

Choose where to take Crash or Coco running for prizes or just for fun.

Rewards offered, or enemies faced, influence choices of Skins and weapons to take running with you. Islands pose varied challenges with multiple routes and lanes weaving to-and-fro, above and below. The resources to collect depend on the path you take, so choose wisely.

- Perfect that aim, boost your game -

When it comes to boss battles, Crash and Coco make weapons to take ’em down!

Serums to sloosh Frosty Ant Drone out of his lane. Bombs that rattle Nitro Crab in his shell. It takes a Ray Gun AND Bazooka to humiliate Nitro Neo Cortex.

- Build and upgrade your bandicoot base -

Coco or Crash go on-the-run to comb Wumpa Island for resources. Parts are used to build high-tech labs where weapons get made, such as Nitro Bombs and Frosty Ray Guns.

Crash Bandicoot: On the Run! is completely free to play but some optional in-game items will require payment.

You must be connected to the Internet to access the game.

You can turn off the payment feature by disabling in-app purchases in your device’s settings.
Easily sync the game between devices and access full game features when connected to the internet.

Do not sell my data: King shares your personal information with advertising partners to personalize ads. Learn more at https://king.com/privacyPolicy. If you wish to exercise your Do Not Sell My Data rights, you can do so by contacting us via the in-game help centre or by going to https://soporto.king.com/contact

Need help? Use our Crash Bandicoot: On the Run! Walkthrough page or sign up and make your contribution today.

Crash Bandicoot: On the Run! is a free-to-play, adventure and action game developed by King and released in March 2021. You can download the app on iOS 11.0 and later on the following devices: iPhone 13 Pro Max, 12 Pro, X, SE, iPhone 8, 7, iPad Pro, and iPad Mini.

Ready to get crashing, Bandicoots? A new update has landed! • Bug fixes — including fixing obstacles and preventing crashes • Level improvements and general optimizations

Download Crash Bandicoot: On the Run! App for iOS/Android Now

You can quickly download Crash Bandicoot: On the Run! iPhone/iPad and Android app by clicking the download buttons or scanning the QR code below. 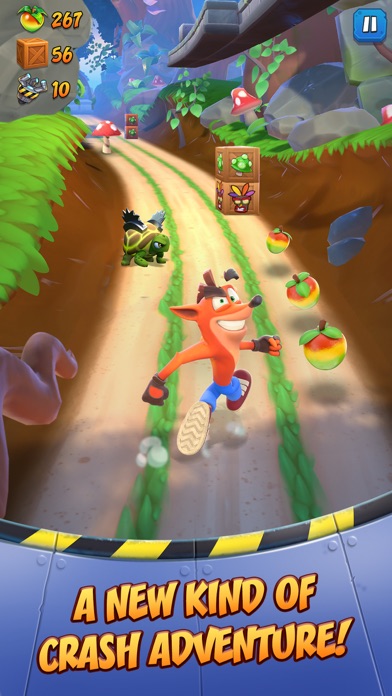 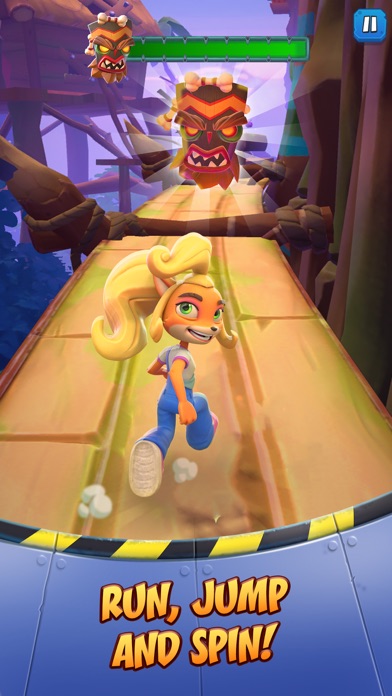 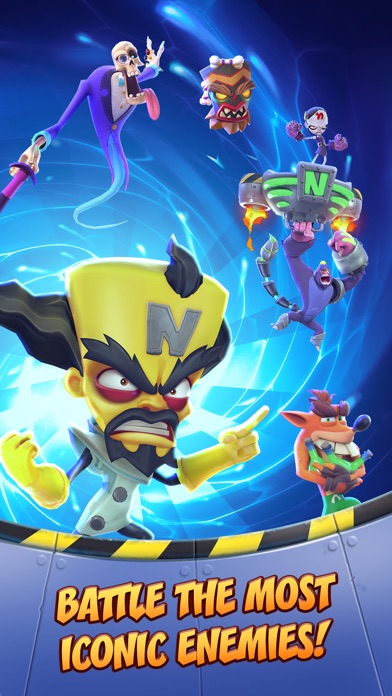 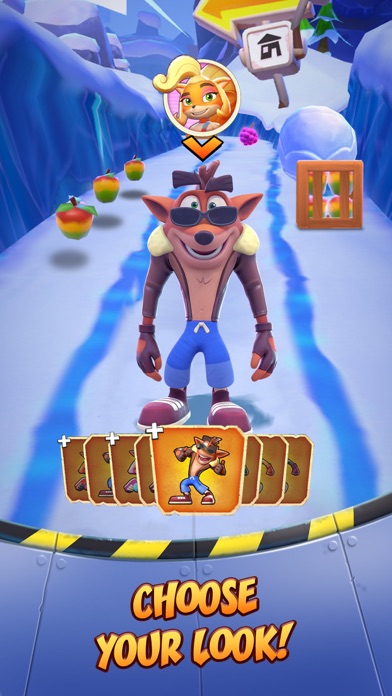 Review: Fun game
This game is really fun, at first my son was playing it and I downloaded it to my phone and...

Review: Da game
It’s just like the actual game but on mobile

Review: Loooooove it
I love it it’s just like the real game makes me feel like the old times love it

Review: Awesome
I grew up in the 90’s and loved this game from the very first PS. This bring me back and...

Crash Bandicoot: On the Run! Add-Ons

$4.99
Create a new price alert for Crash Bandicoot: On the Run!