Refresh The Tree of Liberty

Time to choose a side – Or not – Who cares as long as you are having fun! Have the pleasure of watching Pelosi and Trump or Joe and Bernie fight by choosing a fighter and playing your best moves. Become a part of Election 2020.
Go Patriots!

Watch old as dirt politicians fight over the Election outside the Whitehouse.

• Download and launch the Election Fight 2020
• Choose a character – Trump, Obama, Hillary, Nancy, Warren, Bernie, Biden, and Pence
• Tap on the numbers on game screen to make single moves and combos
• Control the direction of your character with 3D motion controls on screen
• Fight, win and laugh as much as you want!

Features of The Impeachment Game: Fighting:

Ready to take sides and have some classic political fun? Download and play Election Fight 2020.

Need help? Use our Blood of Patriots Walkthrough page or sign up and make your contribution today.

You can quickly download Blood of Patriots iPhone/iPad and Android app by clicking the download buttons or scanning the QR code below. 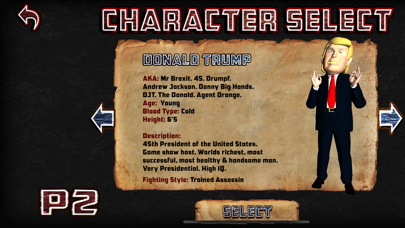 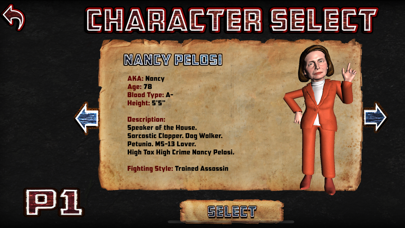 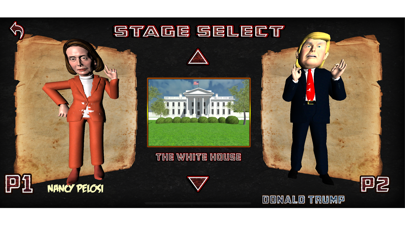 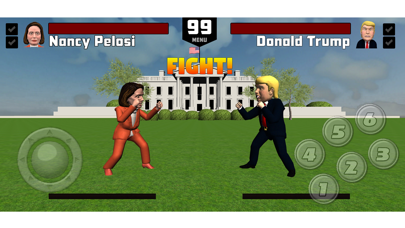 Review: Great game!
Excellent graphics, timely content, and fun! My kids love this - they always want to beat the tar out of...

Review: 100% satisfied
My most impression is that about design. It is really cute. Moreover, the game is totally free. I am 100% satisfied.

Review: So lovely
I see this game is so lovely. Although it has a simple graphics, I feel extremely interesting while playing it.