SHOW RUTHLESSNESS AND BLUFF YOUR WAY TO DOMINATION AND SNATCH THE VICTORY!
Gang of Four is an exciting game of cunning and strategy. Be the first to get rid of your cards and ascend to supreme power!

Descended from Choh Dai Di, the most infamous of backstreet Hong-Kong games, Gang of Four is the most popular card game to emerge from Asia in decades. Prepare yourself to struggle for power against the greatest gangsters of China!

Transmitting the mystery, intrigue and intense struggle for influence that embodied the Mafia world, Gang of four is filled with an endless variety of strategies. Exciting, entertaining and full of surprises, it is still simple to learn and play.

Play strong classic card combinations (Pairs, Full House, Straight Flush,...) with tactics to gain the advantage! But be careful of the Gang of Four, the greatest of all combinations! Discard all your cards before the others and snatch the victory!

Features:
- Round-based card game with combinations.
- The digital adaptation of the most renown Chinese card game!
- One to four players online & local
- Play in solo against AI, face your friends in local pass & play or worldwide players with the online mode!

Need help? Use our Gang of Four: The Card Game Walkthrough page or sign up and make your contribution today.

About Gang of Four: The Card Game

Gang of Four: The Card Game is a card game developed by Asmodee Digital, and is available for download on both iOS and Android devices. The app is compatible with iOS 9.0 or later on the following devices: iPhone 11 Pro, X, Xs, SE, iPhone 8, 7, 6, iPad Pro and iPad Mini. 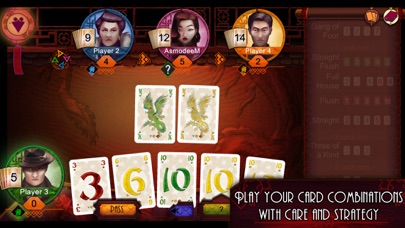 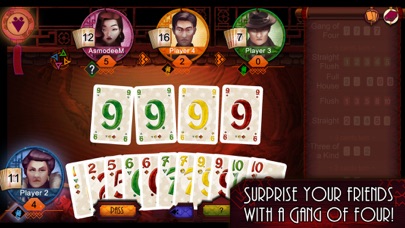 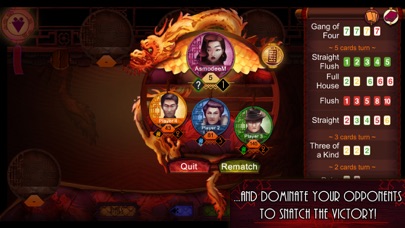 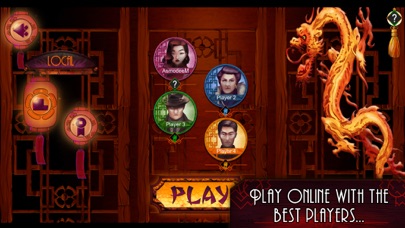 Review: 'Glitches when playing online' 'If you put aside it not being very user friendly, it is a fun way to play this awesome card...

Review: 'Card deals are not random' 'I would give 5 stars if you’d fix the lack of randomness in shuffles and deals. It’s painfully obvious...

Review: 'Gang of Four finally comes to IOS!' 'Better late than never. The interface is not the same as the online game was, which I preferred because of...

Review: 'Just like the card game' 'Plays fine against the computer. Nice graphics and gameplay.'