Join the fun in this wild fishing action and rush across the seven seas. Fly fishing is boring! Grab your guns and explosives and let’s catch some fish REDNECK STYLE! Forget about idyllic ponds, or beautiful coral reefs. Dynamite Fishing – World Games will ship you to the best fishing spots all over the globe including an awesome jungle adventure! Choose your favorite characters and boats, explore the most daring scenarios and catch as many fish as you can.
‘Dynamite Fishing – World Games’ follows the tradition of its successful predecessor Super Dynamite Fishing and offers players the craziest fishing action full of fun. Hunt and hook a boat load of different fish, from bass to shark, and send them flying to the beach with a big BOOM! You’ll make them wish for a peaceful life in a fish tank. Collect coins to increase your top selection of crazy explosive weapons to knock out the sea dwellers the epic way. It’s you vs them, so don’t hesitate to throw TNT, nuclear missiles or other surprise ammunition into the water. The fight against the scaly creatures is on! Let’s show them who rules the ocean!

WARNING! All fish in this game are trained stunt fish! Do not attempt to re-create or perform the same or similar stunts at home …your goldfish will not enjoy it!

Features:
- PLAY WITHOUT ADS!
- Awesome fishing action with unconventional warfare
- More than 10 boats with epic equipment to choose from
- Loads of outfits and accessories for 5 crazy characters
- Many different exotic scenarios with multiple level variations
- Vast variety of fish to catch
- An arsenal of exceptional special weapons to use
- Unique super powers for each character
- Mighty upgrades for boats and angler
- Competitive matches against virtual opponents to rank up in the league table
- Game Center support

Need help? Use our Dynamite Fishing World Games Walkthrough page or sign up and make your contribution today.

Dynamite Fishing World Games is an action game developed by HandyGames and released in March 2015. You can download the app on iOS 7.0 and later on the following devices: iPhone 13 Pro Max, 12 Pro, X, SE, iPhone 8, 7, iPad Pro, and iPad Mini.

This app has been updated by Apple to display the Apple Watch app icon. Explore Asian fishing grounds in the new Jade Japan Cup Use your Sushi Bomb to blast away new exotic fish types Prepare yourself for 20+ challenging boss fish fights in all existing cups Survive self defending fish on your new junk boat More bug fixes

You can quickly download Dynamite Fishing World Games iPhone/iPad and Android app by clicking the download buttons or scanning the QR code below. 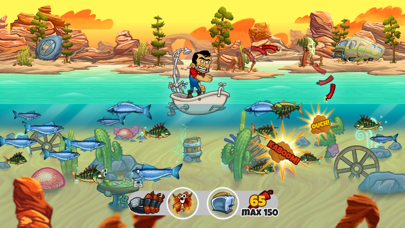 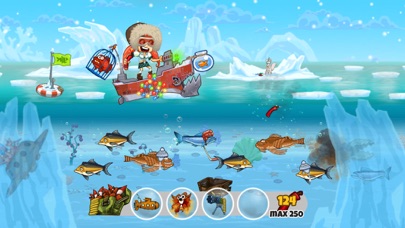 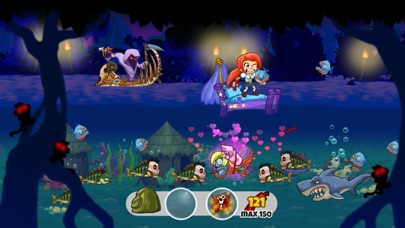 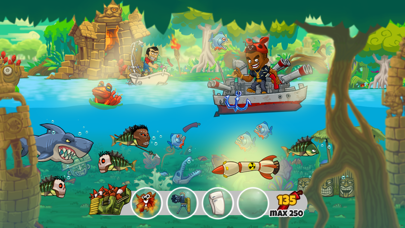 Review: Please Help
Please PLEASE update the original Dynamite Fishing game so that it works on iOS 11. Please it’s one of my...