Five years ago, Carl Johnson escaped from the pressures of life in Los Santos, San Andreas, a city tearing itself apart with gang trouble, drugs and corruption. Where filmstars and millionaires do their best to avoid the dealers and gangbangers.

Now, it’s the early 90’s. Carl’s got to go home. His mother has been murdered, his family has fallen apart and his childhood friends are all heading towards disaster.

On his return to the neighborhood, a couple of corrupt cops frame him for homicide. CJ is forced on a journey that takes him across the entire state of San Andreas, to save his family and to take control of the streets.

Rockstar Games brings its biggest release to mobile yet with a vast open-world covering the state of San Andreas and its three major cities – Los Santos, San Fierro and Las Venturas – with enhanced visual fidelity and over 70 hours of gameplay.

Grand Theft Auto: San Andreas features:
• Remastered, high-resolution graphics built specifically for mobile including lighting enhancements, an enriched color palette and improved character models.
• Enhanced for the iPhone 5 series and iPad 4th Gen and above with dynamic detailed shadows and real-time environmental reflections.
• Physical controller support for all Made for iOS controllers.
• Cloud save support for playing across all your iOS devices for Rockstar Social Club Members.
• Dual analog stick controls for full camera and movement control.
• Three different control schemes and customizable controls with contextual options to display buttons only when you need them.

*To listen to your custom playlist, simply create a playlist titled “GTASA”, launch the game, and select the radio station “MIXTAPE”.

Need help? Use our Grand Theft Auto: San Andreas Walkthrough page or sign up and make your contribution today.

Grand Theft Auto: San Andreas is an adventure game developed by Rockstar Games and released in December 2013. You can download the app on iOS 8.0 and later on the following devices: iPhone 13 Pro Max, 12 Pro, X, SE, iPhone 8, 7, iPad Pro, and iPad Mini.

Please Note: For those currently progressing through the game, please load your game from a manual save slot instead of selecting “Resume”. This only needs to done once after updating. Afterwards, “Resume” will function normally. General bug fixes and improvements.

You can quickly download Grand Theft Auto: San Andreas iPhone/iPad and Android app by clicking the download buttons or scanning the QR code below. 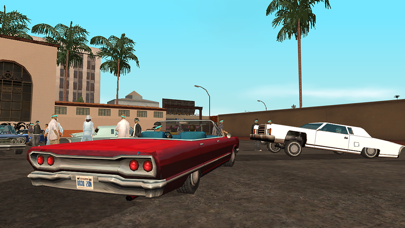 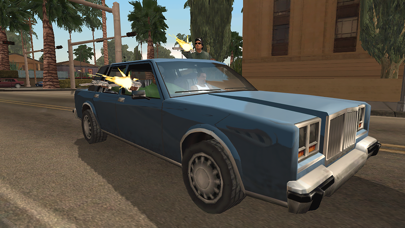 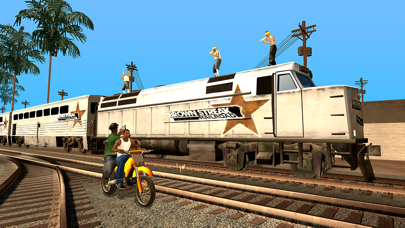 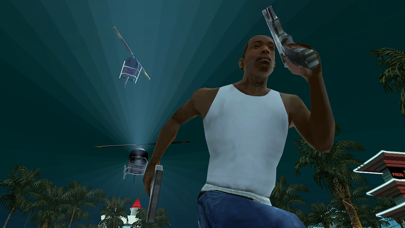 Review: GTA San Andreas
This game is my whole childhood this is the best GTA I ever played in my life!

Review: 😁
It's a childhood favorite, so to be able to play it on mobile so seamlessly is such a beautiful thing....

Review: The game is great but some problems
I love playing this game. It is an absolutely amazing game. The thing is every once in a while it...

Review: Its a really good game
I like it a lott and its a classic you cant go wrong with this game