Revenge from the ghost.

Ghost's Revenge![ The story ]
A little girl was knocked down by a flying car in the village, and the driver escaped with the car. The girl was very serious and finally was gone. Her ghost wake up, and decie to follow that bay guy.She followed the guy to their party. They were not aware of the Revenge.

The ghost gathered many fellows, dicussing the revenge……The ghost ask for Dryad’s help. Those bad guys were terribly frightened by  the dryads,running away. And finally got arrested by the police. Ghost's Revenge finished, they fly away and the village return peaceful.

[ How to play ? ]
Looking difference between the 2 pictures!
The differences between the pictures are very slight in every points of the game. You should find a difference and click the different point in any picture. You can chose ‘play with hints’ firstly.

[The features]
The pictures are extremely fine,each pair of pictures are almost identical and perfect. There are only slight differences between two pictures,such as the socks of the characters,color of the hairs, watchband of the hands,points of the trees,color of house even far away. Including the feet,shoes, the grass direction even the hair direction.

Need help? Use our Ghost's Revenge Walkthrough page or sign up and make your contribution today.

Ghost's Revenge is a free-to-play, adventure and strategy game developed by TTCX Inc and released in April 2012. You can download the app on iOS 8.0 and later on the following devices: iPhone 14 Pro Max, 12 Pro, X, SE, iPhone 8, 7, iPad Pro, and iPad Mini.

You can quickly download Ghost's Revenge iPhone/iPad and Android app by clicking the download buttons or scanning the QR code below. 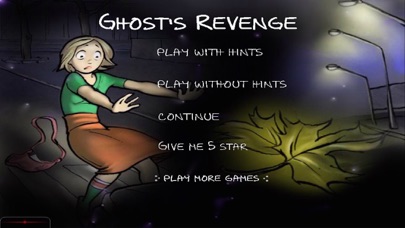 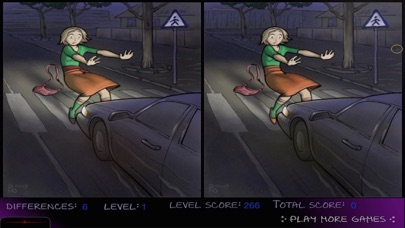 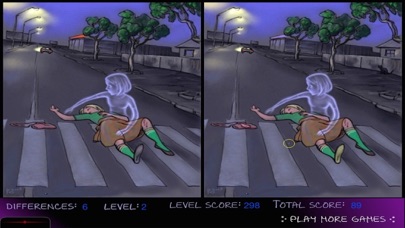 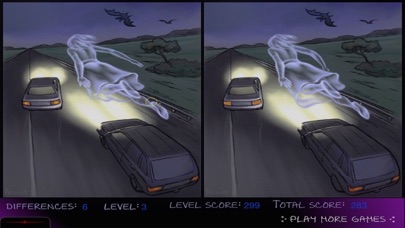 Review: Loved it!
I hope more levels are created. This is a nice game but over too quickly. Thank you. Please add more...

Review: FUN
This was a good app u have to spot hidden clues u should get this app

Review: Enjoying it
Really fun game, takes 10-15 min to finish, and the game can be replayed over and over again.

Review: Good game, but very short
This is a fun game, with no words, only pictures to show what is happening. The pictures illustrate the story...