Get ready to run, jump and GLIDE through the jungle with Updraft Jack! You are a sugar glider fleeing from an owl in hot pursuit in this action-packed dash game for iPhone, iPad and iPod Touch.
Tap the screen to jump, then hold while in the air to expand Jack’s "wings” and glide effortlessly through the jungle. Activate exciting power-ups while avoiding nasty obstacles like beehives, birds’ nests and even a flying Kookaburra! Collect beetles as you go and spend them on useful upgrades and bonus items. How far will you get before Boobook the owl catches up?

-A Universal App for iPhone, iPod and iPad devices

Need help? Use our Updraft Jack Walkthrough page or sign up and make your contribution today.

Updraft Jack is a free-to-play action game developed by Metaversal Studios and released in January 2012. You can download the app on iOS 4.3 and later on the following devices: iPhone 13 Pro Max, 12 Pro, X, SE, iPhone 8, 7, iPad Pro, and iPad Mini.

We made Updraft Jack compatible with iOS 7! Get this update, and then get back to collecting beetles!

You can quickly download Updraft Jack iPhone/iPad and Android app by clicking the download buttons or scanning the QR code below. 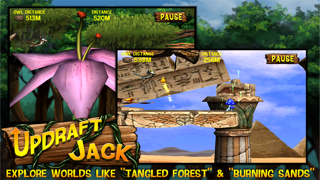 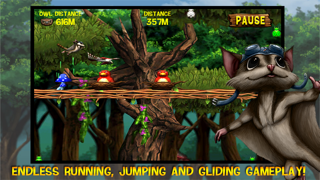 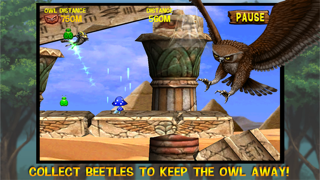 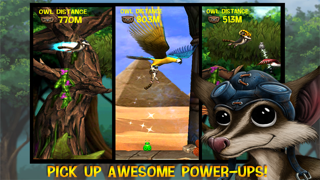 Review: Fun!
This game is so addicting!! Love the graphics and the sugar glider!

Review: How did u make this game?!
(The title)ppl and girl above this comment