Featuring cutting-edge 3D graphics and anime cutscenes, Master of Garden's story spotlights characters with memorable scenes from the anime and untold events from the light novels!

Whether you're a fan of the light novels, or have yet to see The Eminence in Shadow, Master of Garden's story is sure to satisfy any anime fan!

◆ Every original "Seven Shadows Chronicles" and event story is supervised by Daisuke Aizawa, author of the original light novels!

Discover the fate of the Seven Shadows during their "missing two years" away from Shadow only in "Master of Garden"!

◆ Fight with the Seven Shadows!
Team-up with Rose, Alexia & Beta and unleash their worst! Unleash Rose & Alexia's sister power! Build your dream party using any character from The Eminence in Shadow! Plus, specific matches will result in special battle animations you can't see anywhere else! Share your favorite secret moves on social media!

◆ Get 1-on-1 time with your favorite heroine!
Talk to your favorite girl on the Home Screen every day!
You might be surprised... Deepen your bond to see an unexpected, new side of her!

◆ Recommended if you...
- Are a fan of "The Eminence in Shadow"
- Have dreamt of reincarnating in another world
- Want to become the eminence in shadow yourself!
- Have vowed to defeat an evil cult threatening the world
- Love anime, manga and light novels!
- Want 1-on-1 time with cute anime girls
- Want to experience major misunderstandings
- Can't resist a great RPG
- Are looking for an amazing F2P game
- Want to play the latest mobile anime RPG!

Need help? Use our The Eminence in Shadow RPG Walkthrough page or sign up and make your contribution today.

The Eminence in Shadow RPG is a free-to-play action game developed by Crunchyroll Games, LLC and released in November 2022. You can download the app on iOS 11.0 and later on the following devices: iPhone 14 Pro Max, 12 Pro, X, SE, iPhone 8, 7, iPad Pro, and iPad Mini.

Experience The Eminence in Shadow's epic story modes! Continue the story with new chapters, beat exciting new challenges and get the latest characters after every new episode with anime-updates!

Download The Eminence in Shadow RPG App for iOS/Android Now

You can quickly download The Eminence in Shadow RPG iPhone/iPad and Android app by clicking the download buttons or scanning the QR code below. 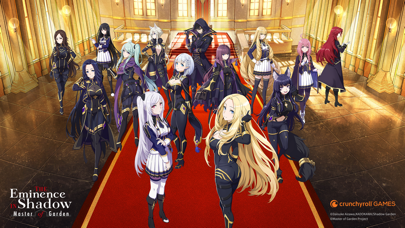 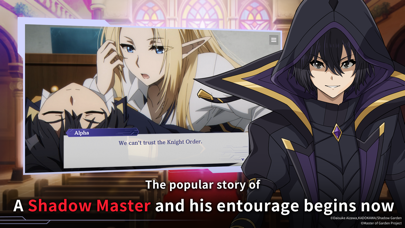 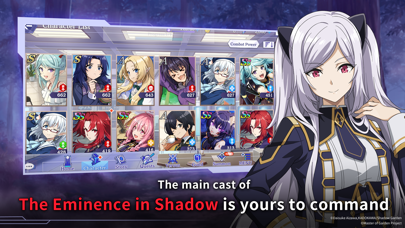 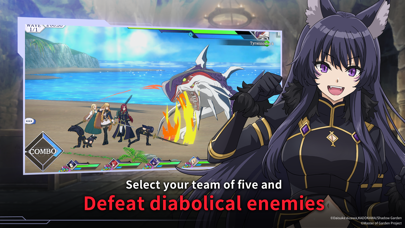 Review: Keeps crashing
I love this game and it’s very fun! But after getting through the intro it gets me to the...

Review: Gameplay is fun, but the game is mired by bugs sta
Game softlocks often and stamina will halt your progress for a very long time.

The Eminence in Shadow RPG Add-Ons

$99.99
Create a new price alert for The Eminence in Shadow RPG