From the award-winning designer and ex-CIA intelligence analyst Volko Ruhnke, Labyrinth: The War on Terror combines an emphasis on game play with a multifaceted simulation spanning recent history and the near future.
The game takes players inside the global war on terror. Immersive game design has you leading the US to neutralize cells, maintain international support and encourage democratic reform.

An extensive variety of card driven event combinations fuels Labyrinth’s asymmetrical design, creating deep complexity that unfolds with every turn while maintaining an ease of play that increases engagement with every decision.

• Card Driven Mechanics – 120 event cards provide never ending combinations. The outcomes vary per round and take great effect on the flow of the conflict.

• Asynchronous Online Multiplayer – The system allows for seamless competition from head to head – if both are available – to respond when ready, and longer matches based on timer settings per game.

• Beginner’s Tutorials – Overview tutorials take you through the basics of playing the game.

Need help? Use our Labyrinth: The War on Terror Walkthrough page or sign up and make your contribution today.

Labyrinth: The War on Terror is a board game developed by Playdek, Inc and released in October 2022. You can download the app on iOS 11.0 and later on the following devices: iPhone 14 Pro Max, 12 Pro, X, SE, iPhone 8, 7, iPad Pro, and iPad Mini.

Download Labyrinth: The War on Terror App for iOS/Android Now

You can quickly download Labyrinth: The War on Terror iPhone/iPad and Android app by clicking the download buttons or scanning the QR code below. 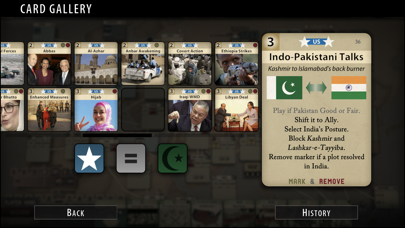 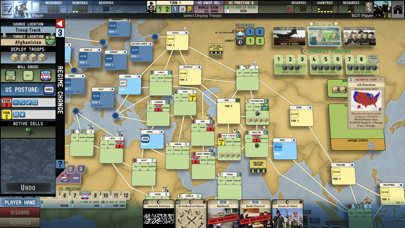 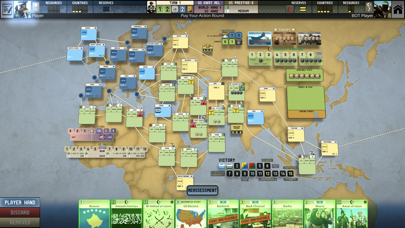 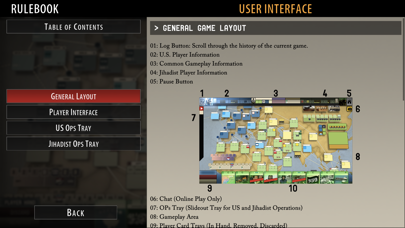 Review: A challenging game
This a complex game that takes some time to learn but is intellectually challenging. I’m still figuring things out...

Labyrinth: The War on Terror Add-Ons

Create a new price alert for Labyrinth: The War on Terror