Sigma Theory is a Turn-based Strategy game in a futuristic global cold war from the award-winning creators of Out There. Recruit a squad of special agents and run your intel agency to secure the control of the singularity.
STORY
In the near future, a paradigm-shifting scientific discovery looms over the world, promising radical new technologies. The world’s superpowers realize they could have the power to destroy the global financial system, wipe out entire countries or even gain access to immortality.

However, this discovery — called “The Sigma Theory” — can only be harnessed by a handful of scientists. You are placed at the head of your country’s Sigma division. Your objective is to ensure that it is your nation that reaps the benefits of Sigma Theory before anyone else.

To achieve this you will have powerful resources at your disposal: a cadre of the world’s most elite covert agents, advanced tactical drones and, of course, your own skills in diplomacy and subterfuge.

It’s a cold war out there, one in which mankind must face up to its future.

THE ULTIMATE ESPIONAGE SIMULATION
Turn-based espionage: Use your special agents to dominate the world. Seduction, blackmail, manipulation, industrial espionage… Every low blow is both permitted and encouraged.
Dynamic narrative: Develop and manage your relations with over 100 NPCs: lobbies, armed groups, politicians… Alliance, deception or assassination, you choose.
Field operations: Direct the kidnapping of your targets during gripping pursuits through the world’s greatest cities. Discretion or direct confrontation, your agent’s life is in your hands.

Need help? Use our Sigma Theory Walkthrough page or sign up and make your contribution today.

Sigma Theory is a strategy game developed by Plug In Digital and released in October 2022. You can download the app on iOS 13.0 and later on the following devices: iPhone 14 Pro Max, 12 Pro, X, SE, iPhone 8, 7, iPad Pro, and iPad Mini.

You can quickly download Sigma Theory iPhone/iPad and Android app by clicking the download buttons or scanning the QR code below. 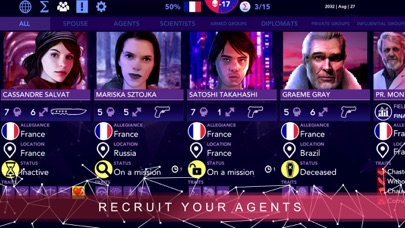 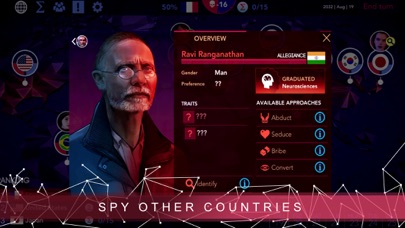 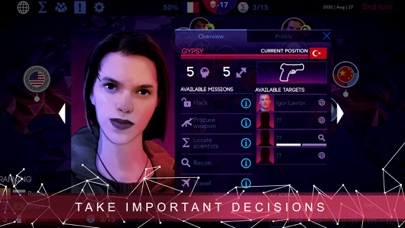 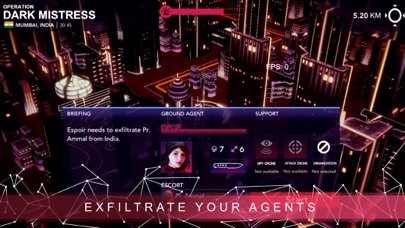 Review: Great modern age cold war game
Only issue is the dlc is unavailable offline. Otherwise, it’s worth the $