From the makers of TerraGenesis comes TERRAGENESIS: OPERATION LANDFALL a free city-building simulator game in which you build and manage cities on planets in our solar system and outer space. Become the mayor of the first extraterrestrial human city and build it up to bring life to another planet. Create life in space and expand your civilization across the galaxy in this city-building simulation. Develop your city with new buildings and level up your new space society, design facilities, manage resources and keep your galactic residents happy and healthy.


BUILD A NEW WORLD FOR HUMANITY OUTSIDE THE SOLAR SYSTEM
Create and build a new society in space as you lead the way for a new future for civilisation in this city-building simulation. Living with new water and oxygen resources beyond Earth is the next step in human evolution. Explore, create, survive and expand cities around the universe and evolve this new world in outer space using NASA science in this free simulator. Expand your culture and capabilities to exceed your dreams on barren planets like Mars, or go beyond the solar system!

- Free city-building simulation: balance resource production with the needs of your growing community!
- Transform barren planets like Mars into modern cities with thriving civilisations in this free simulator
- Figure out how to support life in space: use strategy to build your city!
- Spread life throughout the universe and monitor resources to survive: supply oxygen, water and food to your citizens!
- Transform Mars and planets outside the solar system and plan your strategy using NASA science
- Explore, build and conquer new territories in outer space: The universe is constantly evolving – and you can be part of it!

EXPLORE PLANETS TO DEVELOP CIVILISATIONS IN SPACE
Create life on different planets using the latest technology for construction and the production of resources: bring life into a new era of evolution. The future is all about survival and evolution in space. Create new-age buildings and transform the planets of the galaxy. Adapt your strategy and conquer planets across the universe in this free city-building simulator!

Need help? Use our TerraGenesis: Landfall Walkthrough page or sign up and make your contribution today.

TerraGenesis: Landfall is a free-to-play simulation game developed by Tilting Point LLC and released in August 2022. You can download the app on iOS 13.0 and later on the following devices: iPhone 14 Pro Max, 12 Pro, X, SE, iPhone 8, 7, iPad Pro, and iPad Mini.

You can quickly download TerraGenesis: Landfall iPhone/iPad and Android app by clicking the download buttons or scanning the QR code below. 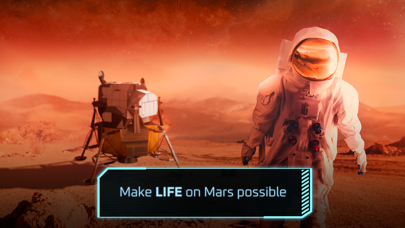 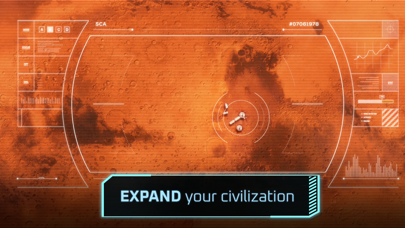 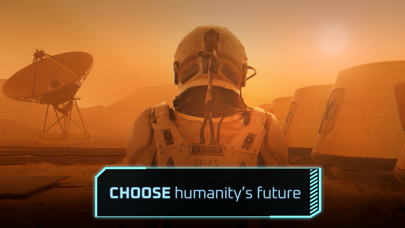 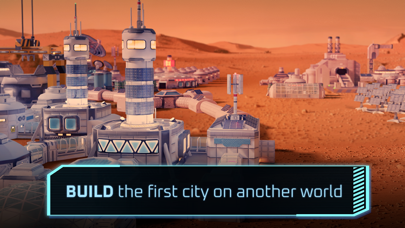 Review: Great Game
Absolutely love this game, it can be challenging and entertaining for hours

Review: Too many adverse events/dying settlers
I like a lot of things about this game, but as other reviewers have said it is really hard to...

Review: So far, so good
Pretty fun. Annoying to get money

Review: Yes
This is an amazing game so much fun and i don't wanna stop playing!!!!!!

Review: Need more explanation on research
Overall a fun game. The only annoying thing is the lack of info on some of the research. It tells...