Blast away with your NERF Blasters in a fast-paced 3v3 multiplayer arena! Choose the right Blasters for your play style and battle across a variety of game modes in the one and only official NERF™ FPS!
Unlock tons of unique NERF Blasters, from the heavy and powerful to the fast and accurate. Choose your personalized loadout, add Power Cards to finalize your strategy, then jump into fast and furious play sessions of max 3 min each!

Get ready to battle in a variety of crazy environments, such as the Pinball Arena, the Nerf Castle and the Train Robbery. Upgrade your Blasters and your Power Cards by progressing on the Trophy Road and Arena Pass, and rise to the challenge of becoming one of the Champions of NERF: Superblast.

FOUR GAME MODES
- Nerf Battle (3v3): Team up with players from all around the world and score 10 points for each opponent defeated. The first Team to reach 100 points wins. But… watch out for the giant swinging hammers!
- Token Rush (3v3): Team up, collect and hold 10 Tokens to win. Also, watch out for the Giant Pinball!
- Siege (3v3): Team up to take down the enemy base in an amazing Wild West setting!
- Solo (1v9): Play against 9 other opponents in massive arenas such as Old Town and Nerf Temple. Collect power ups, hide and strike, be the last one standing!

More Blasters, Modes and Power Cards will be added with the incoming updates, as NERF: Superblast is in constant evolution.

What are you waiting for? Enter NERF: Superblast and get ready to BLAST!

Need help? Use our NERF: Superblast Walkthrough page or sign up and make your contribution today.

NERF: Superblast is a free-to-play action game developed by Nitro Games Oyj and released in September 2022. You can download the app on iOS 13.0 and later on the following devices: iPhone 14 Pro Max, 12 Pro, X, SE, iPhone 8, 7, iPad Pro, and iPad Mini.

You can quickly download NERF: Superblast iPhone/iPad and Android app by clicking the download buttons or scanning the QR code below. 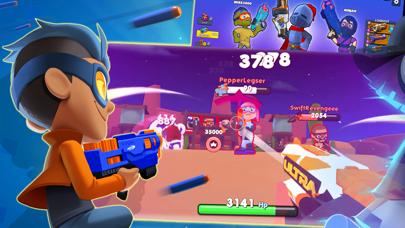 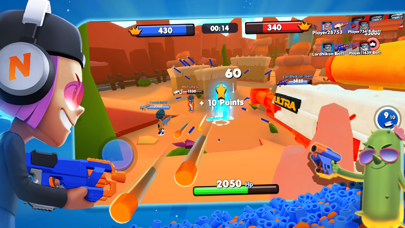 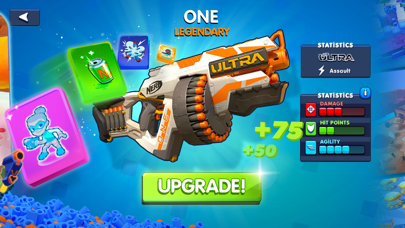 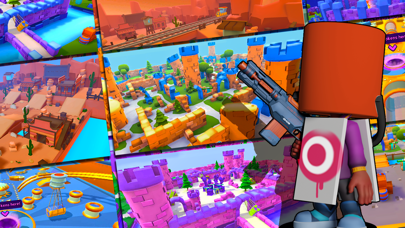 Review: Good game and things that they should add
Amazing game can’t stop playing it. The first day I got it I was addicted to it. They should...

Review: Good game
I fell like this I one of the best mobile games I played

Review: This is a good game
How do you guys get these animations in they are so good keep up the good work

Review: Cool game🫡🫥
This game is a four star because there are many nerf guns in this game that are in irl and...