Session is a new breed of private messenger, built on a unique network of user-operated servers spread all over the world. With no central servers, Session can’t leak or sell your data. And with Session’s private routing protocols, your messages are completely anonymous. No one ever knows who you’re talking to, what you’re saying, or even your IP address.
• Fully anonymous account creation: No phone number or email needed to create a Session ID

• IP address protection: Device IP addresses are never exposed to the person you're talking to or the servers holding your data

• Free and open-source: Don’t take our word for it — check Session's code yourself

Session is free as in free speech, free as in free beer, and free of ads and trackers. Session is built and maintained by the OPTF, Australia’s first privacy tech not-for-profit organisation. Take back your online privacy today — download Session.

Want to build from source, report a bug, or just take a look at our code? Check out Session on GitHub: https://github.com/loki-project/session-ios

Session - Private Messenger is a app developed by The Loki Project and released for iOS and Android in February 2020. You can download the app on iOS 13.0 and later on the following devices: iPhone 14 Pro Max, 12 Pro, X, SE, iPhone 8, 7, iPad Pro, and iPad Mini.

Improvements: • Added "documents" section in the all media screen for a conversation • Added the ability to either block or delete message requests • Updated the UI for media messages Fixes: • Fixed a number of bugs with calls • Fixed some issues with how disappearing messages were behaving • Fixed the 'None' notification sound setting • Fixed a few minor Emoji Reacts bugs • Fixed an issue where users could appear twice in the open group mention list • Fixed some issues when the app was in the background

You can quickly download Session - Private Messenger iPhone/iPad and Android app by clicking the download buttons or scanning the QR code below. 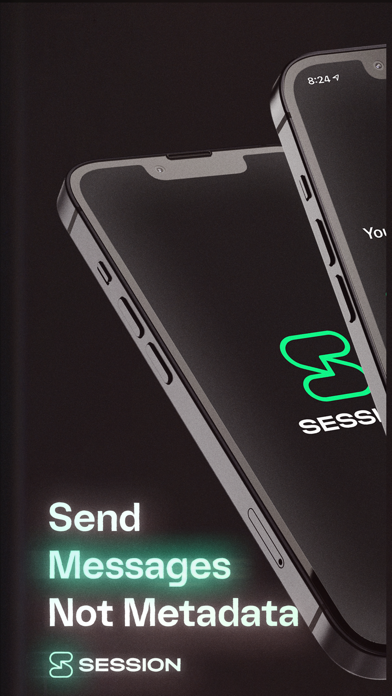 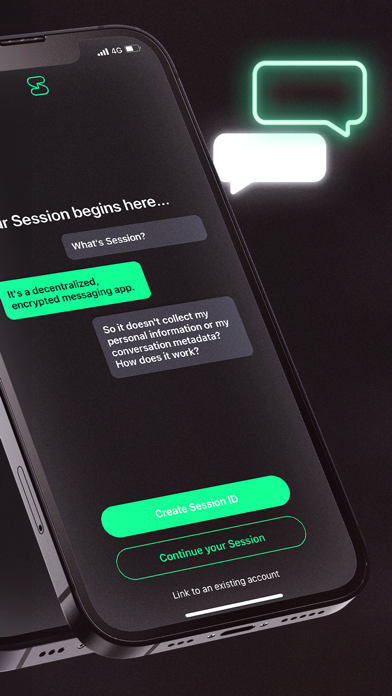 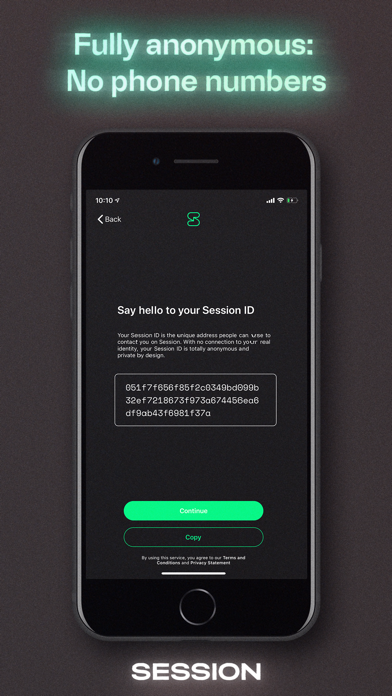 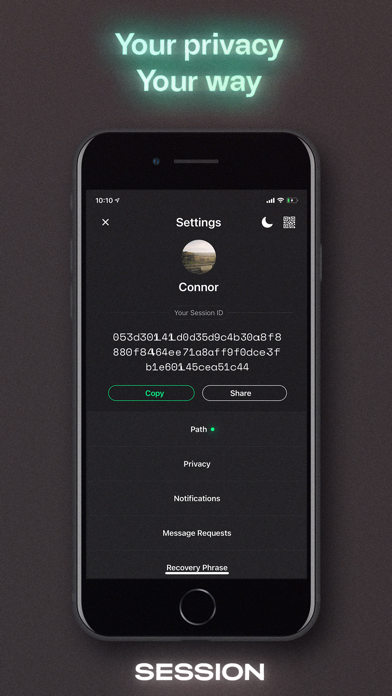 Review: Great app so far!
So far I love the app. I think it’s intuitive and has great features. I was wondering if apple...

Review: channels
hello session team , thanks for your awesome project , i think adding channels to session like telegram would be a good...

Review: Nice
your app very help for us in iran revolution 2022 🇮🇷