The Waste Land brings alive the most revolutionary poem of the last hundred years for a 21st Century audience. A wealth of interactive features illuminate T. S. Eliot's greatest work.
This digital edition carefully respects the typography and integrity of the original yet offers spectacular new ways to explore the significance and influence of the poem.

• watch a remarkable specially filmed performance of the entire poem by Fiona Shaw, synchronised to the text
• listen to complete audio readings of the poem, also synchronised to the text, by T. S. Eliot himself (readings from two periods in his life) as well as Ted Hughes, Alec Guinness, Viggo Mortensen and Jeremy Irons with Eileen Atkins
• understand the poem’s many references and allusions with the help of comprehensive interactive notes
• reveal the structure of the verse and move quickly between sections with a new navigation tool
• watch over 35 expert video perspectives on the poem including contributions from Seamus Heaney and Jeanette Winterson
• examine original manuscript pages to see how the poem took shape under Ezra Pound’s editing

“As someone coming from the wrong side of the two cultures, Eliot's poem had effectively been closed off to me for decades. Now it isn't, and that in itself would almost justify the price of the iPad that made it possible.”
-The Guardian, UK, John Naughton

The Waste Land is published jointly by Faber and Faber and RGB. Faber is the London publisher where Eliot himself worked for almost four decades; RGB is behind other revolutionary interactive books for iPad including The Elements and Solar System which are defining the future of publishing. The interviews and Fiona Shaw's performance are specially filmed by Adam Low, director of the BBC Arena documentary on Eliot.

Publication of The Waste Land in 1922 was a milestone in the literary history of the 20th Century. This edition carries forward Eliot's vision and vividly demonstrates how literature can be illuminated by the new digital medium.

2022 sees the centenary of The Waste Land. For the first time, the app is available on iPhones alongside iPads. It also features an updated design.

You can quickly download The Waste Land iPhone/iPad and Android app by clicking the download buttons or scanning the QR code below. 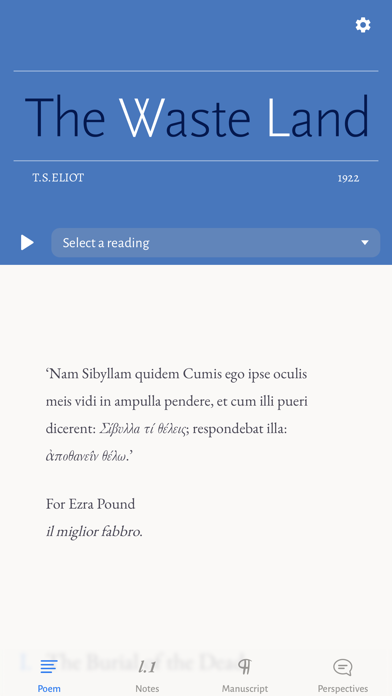 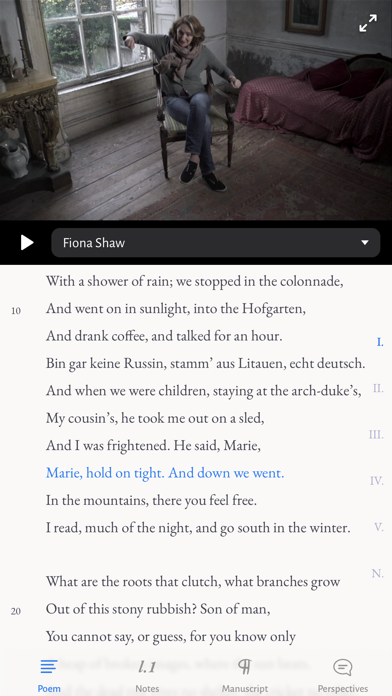 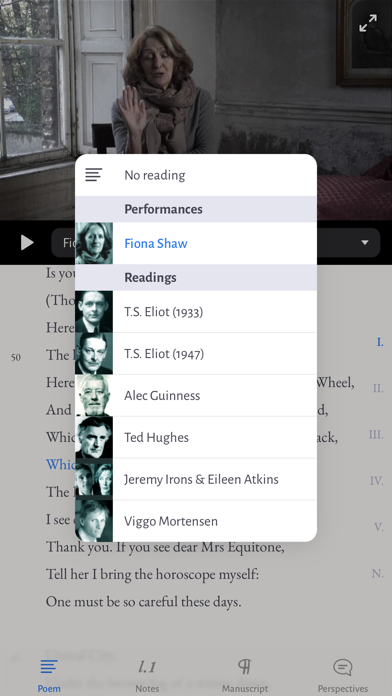 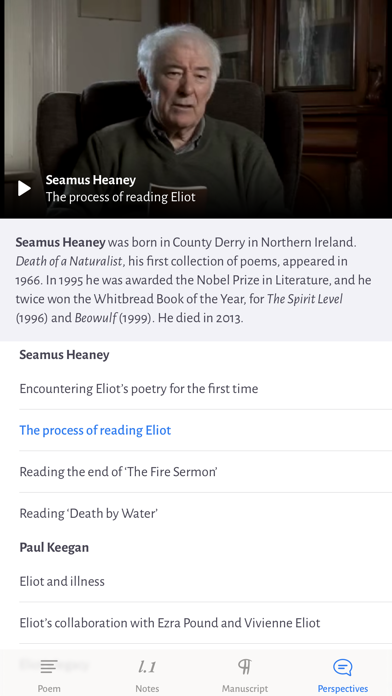 Review: Beautiful
Grateful for this. And would love to see more like it.

Review: Brilliant
I have watched Fiona Shaw's performance at least a dozen times and am always floored.

Review: Poem came alive
This app made the poem come alive for me, especially the video. it makes full use of the iPad's capabilities....

Review: Outstanding...Thank You
I am reviewing this poem, again, with a friend, and this app with its multiple readings and perspectives gives such...

Review: The Waste Land
Crazy expensive. App paid for self in first 24 hours. Months and years of value to come.