Hi I'm Johnny Knoxville, this is Jackass Human Slingshot!
The official Jackass mobile game welcomes you to launch Johnny Knoxville high up in the air on a rocket-strapped shopping cart using the Human Slingshot. Go fling yourself across various levels to unlock vehicles and outfits, crashing into all the obstacles in your way, doing as much damage as possible to the level... and to Knoxville.

GET HURT, GET REWARDS
Earn more by flying further, and breaking more obstacles/bones.

JACKASS OUTFITS
Unlock iconic outfits, including ones from Jackass Forever!

Play the game and watch the latest movie - Jackass Forever!

Need help? Use our Jackass Human Slingshot Walkthrough page or sign up and make your contribution today.

Jackass Human Slingshot is a free-to-play action game developed by BroadbandTV Corp and released in January 2022. You can download the app on iOS 11.0 and later on the following devices: iPhone 13 Pro Max, 12 Pro, X, SE, iPhone 8, 7, iPad Pro, and iPad Mini.

You can quickly download Jackass Human Slingshot iPhone/iPad and Android app by clicking the download buttons or scanning the QR code below. 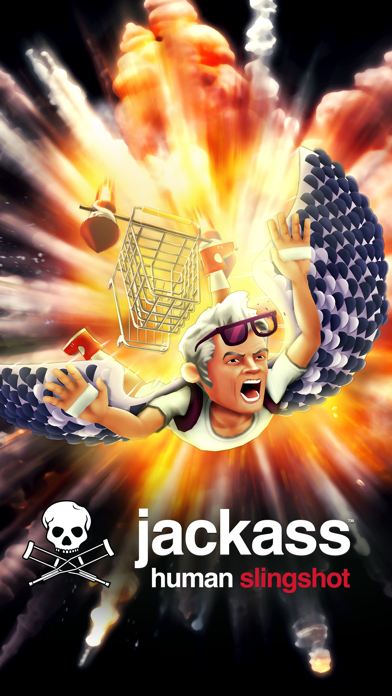 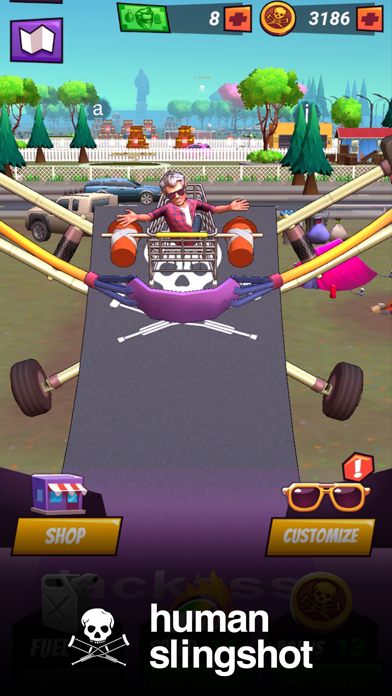 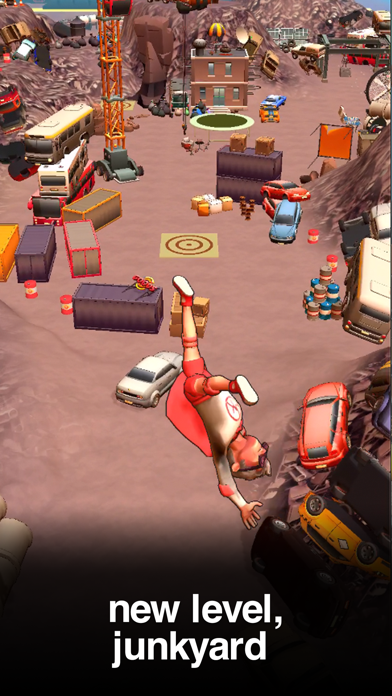 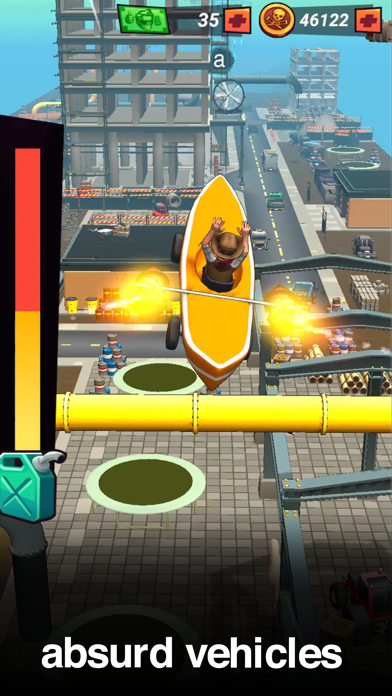 Review: not really a long review like others but very addi
I’m so glad I found this game. Mainly because I saw the game advertisement from Steve-o. Anyway this needs...

By still chill B)

Review: Really good
It is really fun and I can not stop playing it 😂 definitely recommend

Review: Great but could be better
There’s a lot of this game offers but instead of the only character being Johnny Knoxville and only being...