Hardcore Hack’n Slash Action-RPG.
The must try game for any real hack and slash fan who already got bored with just mindlessly smashing buttons on the screen.

Shadow hunter is an action-packed dark fantasy hack and slash game with an incredible combat system and awesome boss fights, assisted by a one of a kind character control mechanism and a perfect mix of RPG elements to make your adventure super immersive.

A DARKENED, RUINED AND FULL OF SUFFERING SHADOW WORLD

As the mortal world got invaded and destroyed by the horde of dark demons and shadow monsters, everything was covered in the darkness of hell and the constant insufferable noises that were the combination of the endless scream from those evils and the crying and mourning of the lucky few that manage to survive through this nightmare.

The player will be a Shadow Hunter in this world, which is someone who got blessed by the Ancient One with a special power to fight off those dark demons.

Through countless battles and obstacles, shadow hunters are destined to bring the light back to this mortal world.

Shadow Hunter's most exciting moments must be it's epic boss battle, in which the Hunters must defeat dark giant demons to collect their souls and advance to the darkest dungeon and the highest floor of the evil tower.

Without a decent set of equipment and highly trained techniques, any player could easily get wrecked by those big bosses.

However, the incredible feelings that players get from successfully overcoming those challenges will make it all worth it.

Furthermore, those dark demon souls are the key to upgrade hundreds of shadow equipment and weapons, turning them from just a common warrior sword to a legendary hero's blade that would be worshiped by the generations to come.

Shadow Hunter will have 4+ different PVE sections with multiple difficulty modes and a PVP arena for players to explore and conquer.

“Adventure” is where players start the game with. It may not be the most challenging part, but it is the most essential section in the game since you need to keep advancing through it to unlock further sections of the game.

Once you have passed a certain dungeon level, you can unlock “Altar of the Darkness” , “Boss Mode” and “Clock Tower of Challenges”. Those are where the true test of skill and power happens. For our shadow hunters to overcome those challenges, mastering the fighting technique is a must, understanding the characteristics of each demon and preparing a suitable strategy is needed and strengthening the shadow equipment is a huge plus.

At the end of the day, shadow hunters can not only liberate the mortal world from those dark demons but also can test their skills and mastery against other fellows of the shadow.

MULTIPLE CHARACTERS TO PLAY AND ROLL

Players will get to play as multiple different characters, each has its own unique skills, gameplay and assets. Each character is going to be a distinct way to play the game, a distinct approach to the strategy and the combat.

Hundreds of equipment and weapons to loot and upgrade.

Play anytime, anywhere even when offline.

Need help? Use our Shadow Hunter: Special Edition Walkthrough page or sign up and make your contribution today.

You can quickly download Shadow Hunter: Special Edition iPhone/iPad and Android app by clicking the download buttons or scanning the QR code below. 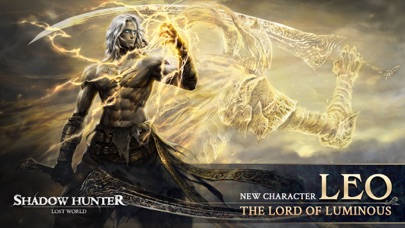 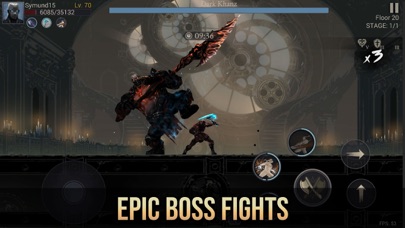 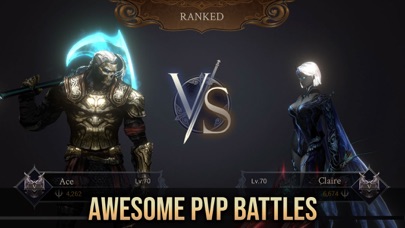 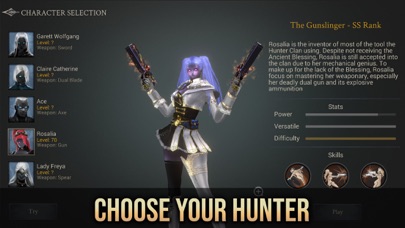 Review: Plz add a world chat
This game is great. It should be more multiplayer/pvp friendly. Maybe some co-op game modes or even 2v2 pvp!!...

Review: Game play
Awesome game, love just a pure hack n slash game, do wish I could use my back bone controller with...

Review: Best Version
Every character is unlocked, premium currency is earned through game content. No p2w.