Space! Dexter Stardust barely escaped when the Vreesians, inhabitants of the menacing Planet X, sent a fleet of robots to destroy all life on Earth. Now, twenty years later, a mechanical man from the 10th planet seeks to communicate with Dexter a very important message - he is the key to saving both humans and Vreesians! Play the taco-loving Dexter Stardust as he, and his good friend Aurora, go on the greatest adventure of their lives and discover the mystery of the Robot from the Planet X!
Dexter Stardust was illustrated, animated, written, scored, SFX'd, and programmed by one person, Jeremy Fryc. Even so, the characters are voiced by his friends, Munk Alejandro, Lola Mendez, and Alec Corday - who helped create the characters way back in 2012 on a warm afternoon in the Dominican Republic. 10 years later, we finally have... Dexter Stardust: Adventures in Outer Space!

• 5 Episodes all in one game!
• Fully voice acted.
• A true classic graphic adventure game with traditional point and click mechanics. This is a 100% pure graphic adventure!
• All traditional - frame by frame - animation. No rigged characters!
• Artwork created in 4K.
• Visit 5 planets with well over 100 playable scenes.
• Lots of puzzles. Learn to play the ukulele.
• Tacos!
• Exclamation points!

Need help? Use our Dexter Stardust Walkthrough page or sign up and make your contribution today.

Dexter Stardust is an adventure game developed by Jeremy Fryc and released in August 2022. You can download the app on iOS 13.0 and later on the following devices: iPhone 13 Pro Max, 12 Pro, X, SE, iPhone 8, 7, iPad Pro, and iPad Mini.

You can quickly download Dexter Stardust iPhone/iPad and Android app by clicking the download buttons or scanning the QR code below. 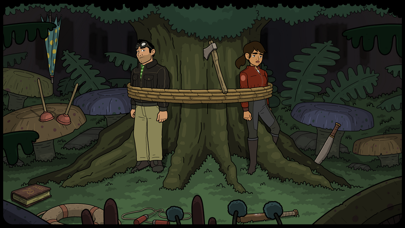 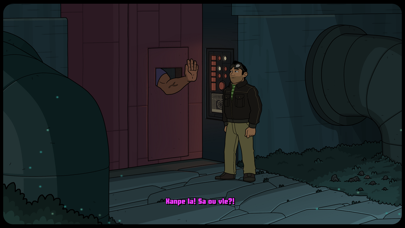 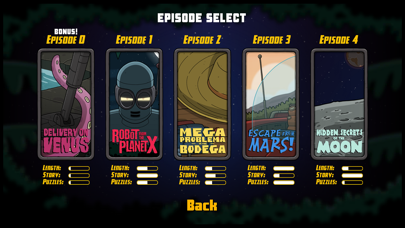 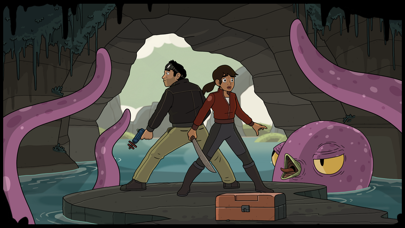 Review: Holy Acamole!!
This…just….wow! Such an amazing adventure, not just a game. So engaging and immersive. Never played something as amazing...

Review: Thoroughly enjoyable!
I loved this game. It was wonderfully animated and the characters are lovable. It was funny and also had a...

Review: Wonderful Game!
I loved playing this game. So well thought out and beautiful to look at as well! Can’t wait for...

Review: More please
This game was such a delight! When I saw there was an update I was really hoping it was for...