Intense Battle Mode
One Versus All! Smash your enemies like mowing grass on your mobile phone. Fast battle pace, control your heroes to cast their unique skills. Wipe out thousands of enemies with a single hit!

Various Game Modes
Real-time Co-op and PVP, intense battles. Evade, block and counter attack. Your enemies & allies are all over the world. Can you be the hero of all heroes?
Giant Boss fight. Hunt them down with your outstanding control! No one can hold you back even the demons!
9V9 real-time PVP, fight alongside your friends and dominate the arena.

Legendary Heroes
More than 50 heroes from ancient battlefields are waiting for your command. Every hero has their own way to fight, choose wisely! Awakening mode, a breakthrough of the hero's power!

Customize Freely
Exquisite costumes and gorgeous wings for every hero. You're not only the strongest but also the coolest.

Mount Bloodline
Cultivate the mount via specific items and purify the mount bloodline to improve the attributes greatly and change the appearance of mount freely. A true hero deserves the best mount!

New Heroes
New officer Cai Wenji arrives! All sufferings she went through support her progress. She is forged with remarkable elegance and courage. She will certainly shine on the battlefield.
New Officer Awakened - Lady Lu (Hero) arrives! The flames of war cannot conceal her valiant and heroic bearing. Following her father's glory, she's also unrivalled through wars.

New Cultivation System
New system Artifact is coming! The Artifact rolls the drum for the war! It will bring you another breakthrough of power!

And you can participate in the 3rd Anniversary Celebration and Tournament. We've been with you for three years. To celebrate, there are tons of events and gifts ready for you in the new version.

Need help? Use our Dynasty Legends：Warriors Unite Walkthrough page or sign up and make your contribution today.

Dynasty Legends：Warriors Unite is a free-to-play action game developed by Taihe Interactive and released in April 2019. You can download the app on iOS 10.0 and later on the following devices: iPhone 13 Pro Max, 12 Pro, X, SE, iPhone 8, 7, iPad Pro, and iPad Mini.

You can quickly download Dynasty Legends：Warriors Unite iPhone/iPad and Android app by clicking the download buttons or scanning the QR code below. 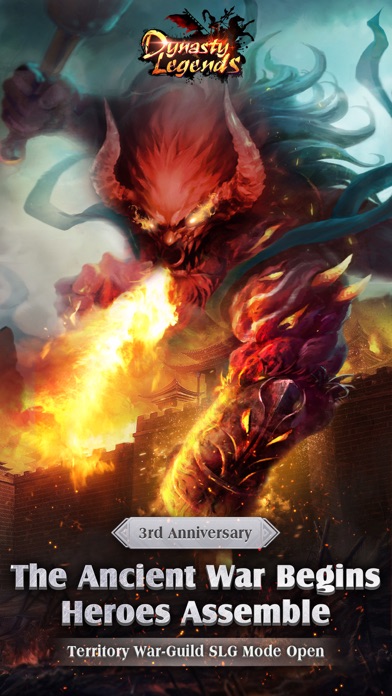 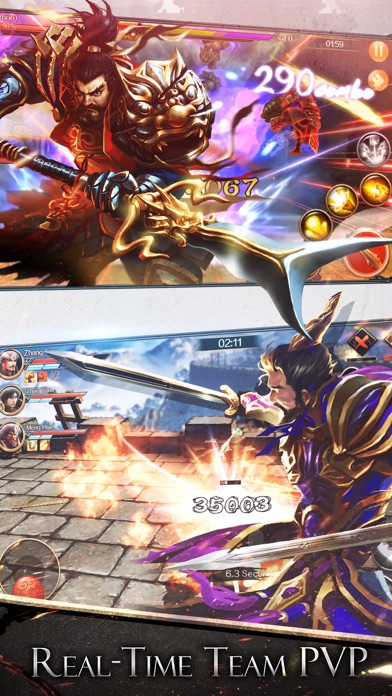 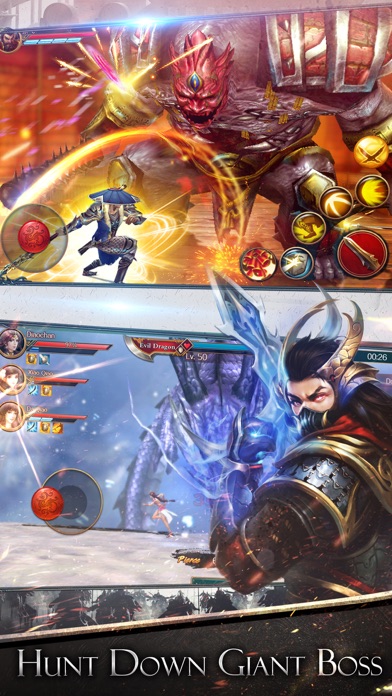 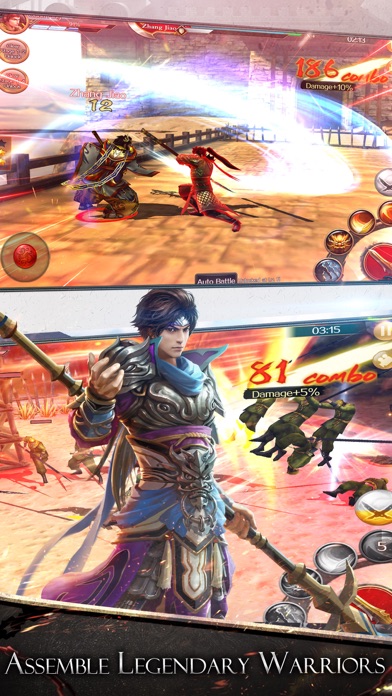 Review: Hi babe
An com can become stronger and continue leveling up by raising ascension level at the Temple of Ascension

Review: Huge fan
Great game been a fan since I started playing it on Playstation. The only thing on this version is the...

Review: Best game
One of the best games available , it’s so addicting! Even more so if you’ve played the video game....