Game Objective:Each player controls a team of multiple riders (maximum of 5). The goal is to achieve an individual, team or financial win in a multi-staged tour or single-staged classic race.

Gameplay Overview:
Riders are controlled by rolling a dice and selecting extra moves that are specific to the rider’s skills and fatigue. Races aren’t so much about simply going as fast as you can, but also about pacing yourself, knowing which rider to move, when to conserve your strength and sit in with a peloton, and when to risk it by throwing down and surging for the win. Breaking off for an early lead is, as in a real world race, not always the best idea but equally hanging back for too long can also be a wrong move. To win the game you need to plan your strategy by adjusting it wisely to the situation in the peloton and race conditions. Each race is different and brings a lot of fun.

Riders have different skills that may be used during the race, these include:
- Climber - a rider who specializes in riding uphill quickly.
- Sprinter - a rider with the ability to generate very high power over short periods allowing for great finishing speeds.
- Time trialist - a rider that can generate relatively high power over long periods of time.
- All-rounder - a racing cyclist who excels in both climbing and time trialing, and may also be a decent sprinter.

Tour de Globe provides a great variety of tracks: there are routes with different surfaces (asphalt, cobblestone, gravel), as well as different lengths and widths (from narrow difficult routes ideal for planning breakaways to wide routes created for sprinters) and also with different profiles (flat and wide highways, narrow and steep mountain paths).

A unique system for moving the riders simulates the movement of the peloton and real-life situations from cycling races such as breakaways, chases, peloton strength, malfunctions and accidents.

Features:
- There are more than 30 races to unlock from all over the world, including: France, Italy, Spain, Great Britain, Poland, United States, Switzerland, Belgium, Netherlands, Turkey, Colombia, China, Germany, Canada. Each race has its own unique feel and features beautifully hand-painted landscapes.
- Tour de Globe is a pay-once game. There are no hidden in-app purchases and no ads.
- There is an interactive, step-by-step tutorial that helps you learn the rules of the game, how to move riders and use bonuses or extra moves. You will also learn about the game interface and basic strategies.
- For 1 to 6 players (hot seat mode).
- Languages available: English, Spanish, French, Polish, German.

Summary:
Tour de Globe is dedicated to everybody who likes board games but cycling fans will also find it particularly enjoyable.

Need help? Use our Tour de Globe Walkthrough page or sign up and make your contribution today.

You can quickly download Tour de Globe iPhone/iPad and Android app by clicking the download buttons or scanning the QR code below. 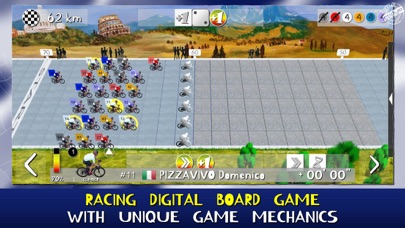 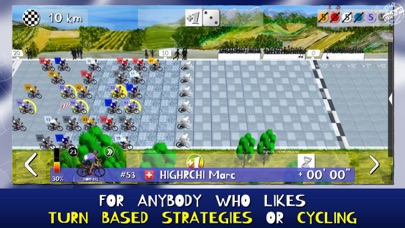 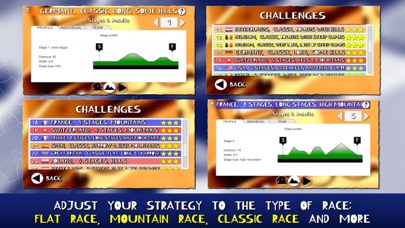 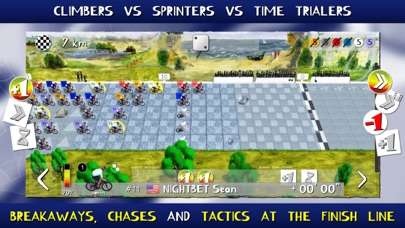 Tour de Globe has 0 reviews across all iTunes Stores.