This is Shiloh & Bros Impostor Chase! The Shiloh & Bros crew are ready for an epic showdown of Crew X Impostor in their very own mobile game! Play as your favorite family member and get your tasks done as the crew OR stop them as the impostor!
CREW OR IMPOSTOR - Shiloh, Elijah, Mary, Judah, Daniel, Micah, Britney, and Josiah have tasks to do but surprise, surprise - there's an Impostor among them! Join the crew as a Friend and finish your tasks OR become the Impostor and cause mayhem!

*NEW* GET POWERED UP - Now you can get an extra boost with all-new Power Ups: Ghost, Speed up, Magnetize, and more.
*NEW* MINI CREWMATE - Two heads are better than one with a Mini Crewmate by your side (or in this case head)!

LOOK GOOD - Collect Hats and Outfits to customize your Crewmate. We have the most fashionable cactus or burger for your head, or just put a bag over it.

GEAR UP - What better way to wreak havoc as an Impostor than to chase everyone with a frying pan or to clobber them with a stop sign.

EPIC BEDROOM - Style your bedroom the way you want, and watch Shiloh and the gang throw down some sweet dance moves.

Need help? Use our Shiloh & Bros Impostor Chase Walkthrough page or sign up and make your contribution today.

Shiloh & Bros Impostor Chase is a free-to-play action game developed by BroadbandTV Corp and released in January 2022. You can download the app on iOS 11.0 and later on the following devices: iPhone 13 Pro Max, 12 Pro, X, SE, iPhone 8, 7, iPad Pro, and iPad Mini.

*NEW | MINI CREWMATE + POWER UPS!* All new Power Ups including Ghost, Magnetize, Speed Up, and more! + Mini Crewmate has join the action! + Fixes made to Power Up menus. This is the official Shiloh & Bros mobile game. Be sure to get this latest version to fully enjoy Shiloh & Bros Impostor Chase!

You can quickly download Shiloh & Bros Impostor Chase iPhone/iPad and Android app by clicking the download buttons or scanning the QR code below. 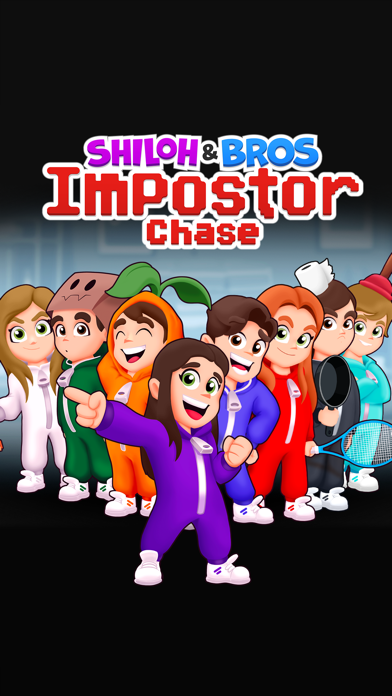 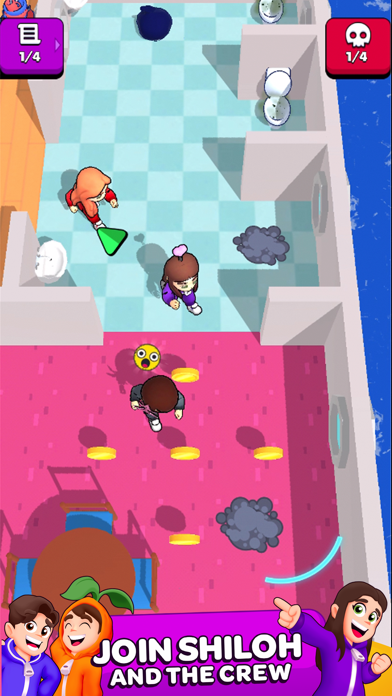 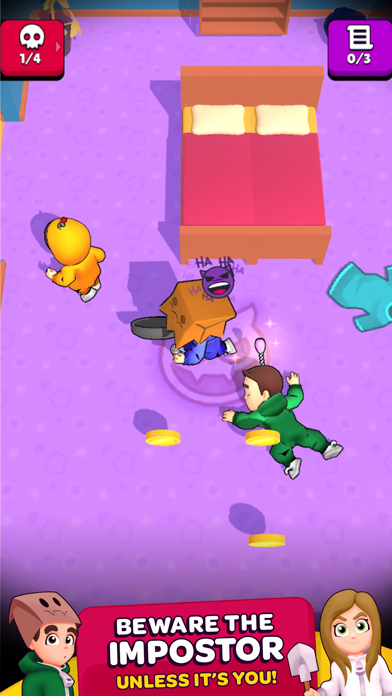 Review: Shiloh and bro is awesome
This game is so fun you should buy it and it’s free it’s so much fun so much...

By I love this game so much🤭🤗

Review: So fun
All the characters and roles it’s like your playing with Shiloh and bros

By watch shiloh and bros

Review: Best game😄⭐️⭐️⭐️⭐️⭐️
Hi this game is my favorite I had to wait for my mom to download it