The Fox in the Forest is a beautifully illustrated trick-taking card game for 2 players.Use special abilities and take tricks to win, but don't get greedy! Win too many tricks, and you might become the villain of your fairy tale...
Once upon a time, a woodcutter and his daughter lived in a small village bordering the forest. She had traveled with him and had seen him speak with the forest animals...


Fairy Tale Characters
The Queen decreed that whoever defeated the monsters would be granted half the kingdom in reward. With the help of the woodcutter, swan, fox, monarch you will be able to collect treasures and gain the Witch's trust.

Trick-Taking Card Game
A trick-taking game for 2 players, each playing cards to win tricks against the other over multiple rounds. Players score points during a round depending on how many tricks they end of taking at the end of the round. Most points at the end wins.

Special Characters
All the odd ranked cards have special abilities printed on them. These cards change up the game play and might determine who the winner will be, or who leads the next trick. They are critical to you gaining treasures.


Dynamic 2 player Card Game
Variable length to the game by predetermining what score will end the game. Play 13 cards each round and plan your plays cunningly to score you the most points possible.

Need help? Use our The Fox in the Forest Walkthrough page or sign up and make your contribution today.

The Fox in the Forest is a card game developed by Dire Wolf Digital and released in October 2021. You can download the app on iOS 13.0 and later on the following devices: iPhone 13 Pro Max, 12 Pro, X, SE, iPhone 8, 7, iPad Pro, and iPad Mini.

Download The Fox in the Forest App for iOS/Android Now

You can quickly download The Fox in the Forest iPhone/iPad and Android app by clicking the download buttons or scanning the QR code below. 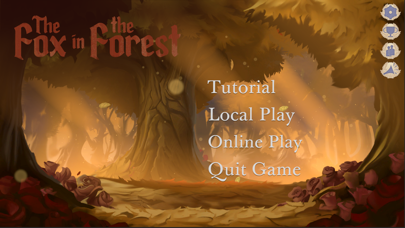 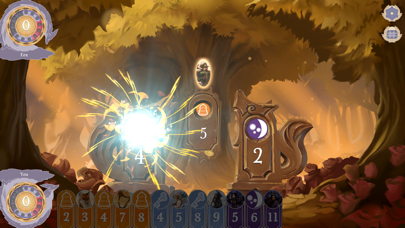 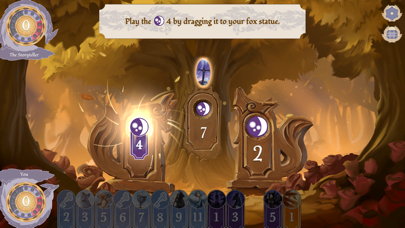 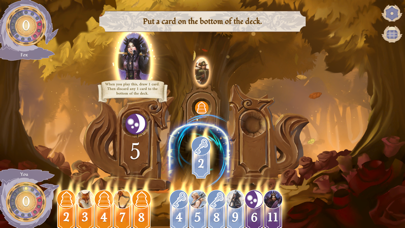 Review: Fine but I found a bug
I enjoy the game. However when I was playing a game the score was 21-21 and the game freaked out...

The Fox in the Forest Add-Ons

Create a new price alert for The Fox in the Forest