«ROOMS: The Toymaker's Mansion» is a unique puzzle game inspired by sliding puzzle and platformer games. In a twisted mansion made of rooms that slide like puzzle pieces, the player should find a way to the exit by moving rooms and using what's inside them. As the player explores the mansion, various gadgets are introduced and make the puzzles more tricky and challenging.
Set in a fairy tale-like world full of magical objects and spooky stories, the player takes a role of an innocent little girl, Anne, who was accidentally trapped in the mansion. As the story unfolds itself, the player goes through the dark legend of the twisted mansion.

The game has 144 levels which are divided into 4 themes (mansions). Each mansion has basement levels where Anne can use her special abilities like using a cellphone to teleport, placing a bomb, and moving all rooms at once.

Need help? Use our ROOMS: The Toymaker's Mansion Walkthrough page or sign up and make your contribution today.

ROOMS: The Toymaker's Mansion is a puzzle game developed by Jonghwa Kim and released in June 2019. You can download the app on iOS 11.0 and later on the following devices: iPhone 14 Pro Max, 12 Pro, X, SE, iPhone 8, 7, iPad Pro, and iPad Mini.

You can quickly download ROOMS: The Toymaker's Mansion iPhone/iPad and Android app by clicking the download buttons or scanning the QR code below. 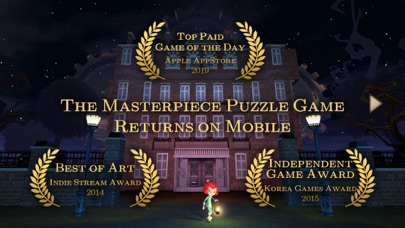 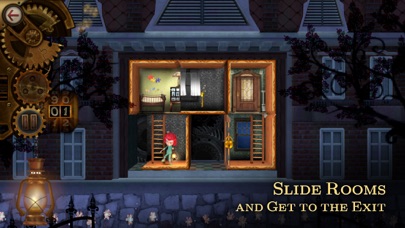 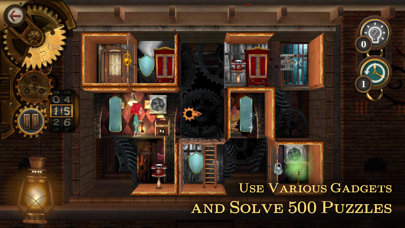 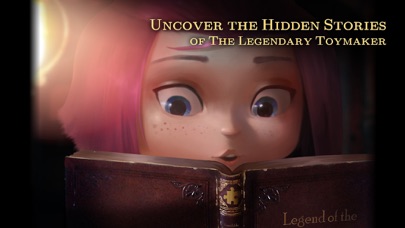 Review: What A Game
Wow, what a game. Very well crafted puzzle game I have played in a while.

Review: Great Game
Love the story, graphics and puzzles. One of the best purchases I have made.

Review: Best game ever!
Though sometimes this game is hard, it is always rewarding to finally beat it. The graphics and sound are terrific...

Review: Love it
I want her to be wearing her mask still tho!!!

Review: Great... BUT
On the iPad 12 inch some functions in the upper right corner of the screen cannot be done, you have to...