Intro:-
Sudoku is a logic-based, combinatorial number-placement puzzle. Sudoku is one of the most popular puzzle games of all time. The goal of Sudoku is to fill a 9x9 grid with numbers so that each row, column and 3x3 section contain all of the digits between 1 and 9. As a logic puzzle, Sudoku is also an excellent brain game. If you play Sudoku daily, you will soon start to see improvements in your concentration and overall brain power. Start a game now.
Sudoku doesn't require any calculation nor special math skills; all that is needed are brains and concentration.At the beginning of the game, the 9x9 grid will have some of the squares filled in. Your job is to use logic to fill in the missing digits and complete the grid. Don’t forget, a move is incorrect if:
• Any row contains more than one of the same number from 1 to 9
• Any column contains more than one of the same number from 1 to 9
• Any 3x3 grid contains more than one of the same number from 1 to 9
It’s extremely easy to play, though hard to master. Fortunately, with this Sudoku game, you’ll be able to play this awesome game on the go no matter where you are. Plus, it comes with a number of awesome features you won’t find elsewhere.

The interface is extremely intuitive and light. There are no distractions and it does its best to stay out of your way.

When you begin a new game, you’ll be presented with a few options:the difficulty level of the board,option to allow background music and sound effects,option to view your last 10 high scores and much more.

The board is easy to read, which is a massive plus. I can’t tell you how many times I’ve played a version of Sudoku only to give up because the interface was clunky. How difficult could it be? Luckily, it hits the nails on the head here.

After starting a game of Sudoku the timer begins and you can begin filling in the Sudoku board. In order to place a number all you need to do is select an open space on the board and the press the picture of the number. It also allows you to pencil in numbers so that you can try out various combinations without having to lock in to any single solution. If at any point in the game you feel absolutely stuck, the application is able to give you hints in order to get you back on track.When you’re done, it reports how long it took you to finish the game and difficulty–a great feature for competitive solvers.

1) Optimized for HD res
2) 3 difficulty levels(easy, medium and hard)
3) Puzzle Generator which can create billions of different puzzles at multiple difficulty levels from Beginner through to hard
4) Cool background music and sound effects
5) Wide range of assistance including smart hints system, pencil-marks and tap to highlight to help beginners
6) Solve button-Automatically solves the puzzle for you
7) No IAP, universal support and awesome gameplay!

Need help? Use our Sudoku : Full Walkthrough page or sign up and make your contribution today.

Sudoku : Full is a puzzle game developed by Aditya Mohata and released in March 2018. You can download the app on iOS 6.0 and later on the following devices: iPhone 12 Pro, X, SE, iPhone 8, 7, iPad Pro, and iPad Mini.

You can quickly download Sudoku : Full iPhone/iPad and Android app by clicking the download buttons or scanning the QR code below. 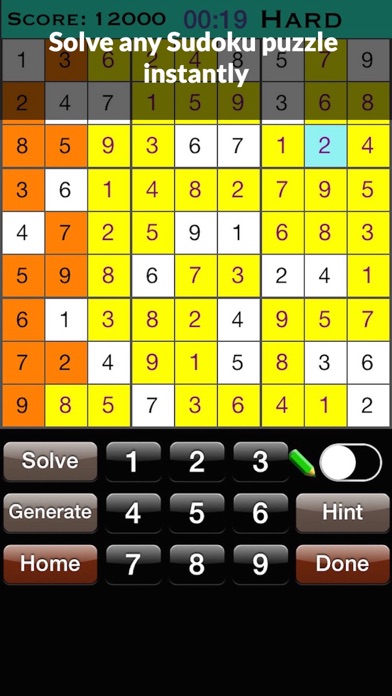 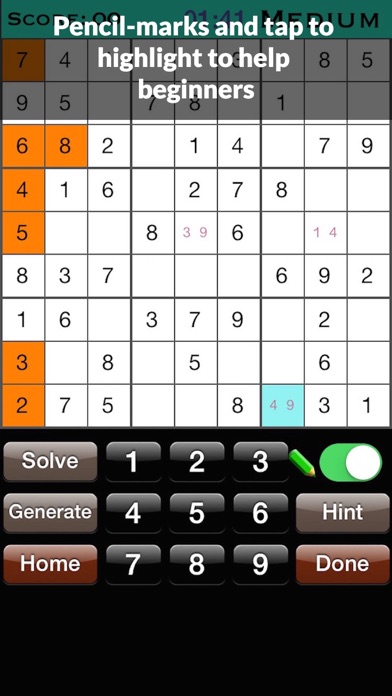 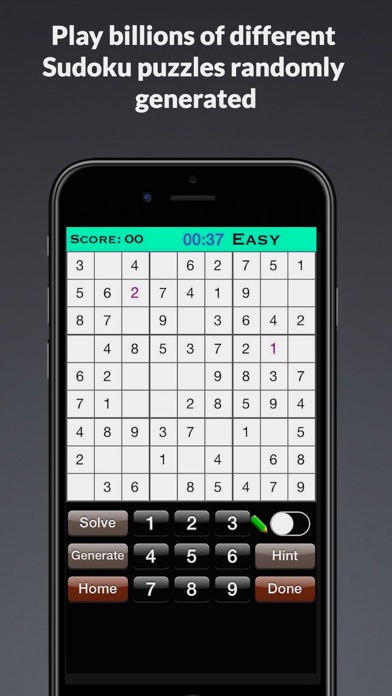 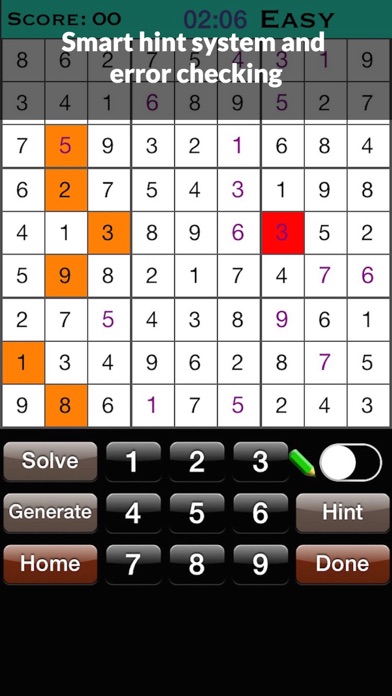 Sudoku : Full has 0 reviews across all iTunes Stores.