Unleash your internal warrior in fights controlled by decks of cards! Fighting game never was so easy-to-start but so deep in tactics. Plan your fight with setup of card deck and win over those who rely only on rough force and luck!
FIGHT REAL PLAYER VERSUS PLAYER COMBAT
You will fight one-to-one against warriors from all around the world! To crush them, you need to learn combos of strikes and think tactically. Don’t let them trap you into corner, but slash them to death instead!

JOURNEY THROUGH SIX DIFFERENT REALMS
Travel through different dimensions in the search of terrible Damon to revenge him for infinite deaths you suffer along the way. Fight on the ice of Viking river, in the shadows of dead Dragon’s bones, in the hell of Inferno, and even in a strange Cyber world.

COMPILE THE DECKS OF STRIKES AND MOVES
Outcome of your fights rely on cards, and each of them represents strike, block or another move, so choose them wisely! Look for card upgrades and experiment with deck, weapon and armor combinations – sometimes one heavy hit will decide it all, but sometimes the rain of light strike will overwhelm your opponent!

COLLECT WEAPONS AND ARMOR SETS
Make your choice between long sword, sword and shield, or great weapon! Dress yourself in the best armor you could find. And whatever you choose, enhance your weapon and armor and look for more powerful ones in other realms!

PARTICIPATE IN CLAN TOURNAMENTS
You’d better not to travel alone – join a clan and jump into clan tournaments where you can win prizes and glory for yourself and for your brothers-in-arms!

Slash your way through the ranks of enemies and become INVICTUS!

Need help? Use our INVICTUS: Lost Soul Walkthrough page or sign up and make your contribution today.

INVICTUS: Lost Soul is a free-to-play, card and action game developed by Bushiroad International and released in February 2021. You can download the app on iOS 10.0 and later on the following devices: iPhone 12 Pro, X, SE, iPhone 8, 7, iPad Pro, and iPad Mini.

You can quickly download INVICTUS: Lost Soul iPhone/iPad and Android app by clicking the download buttons or scanning the QR code below. 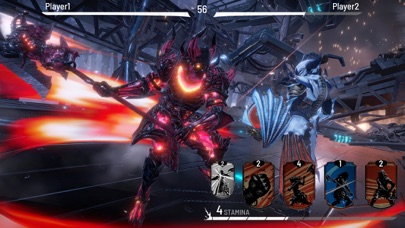 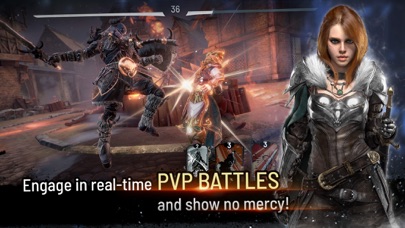 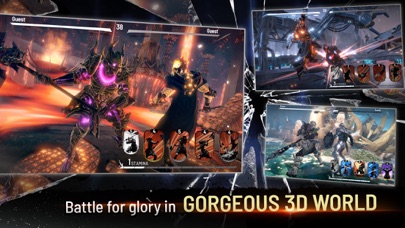 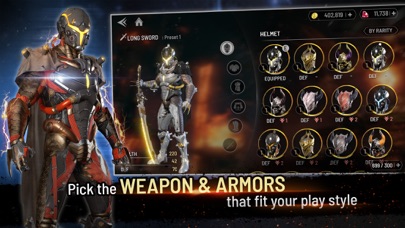 INVICTUS: Lost Soul has 0 reviews across all iTunes Stores.