The popular classic adventure game is now back on iPhone!!No.2 in Total AppStore paid app ranking! No.1 in Game/Adventure ranking! (2011/1/16)

"Manhattan Requiem" , 2nd mysterious adventure game from the "Detective J.B. Harold series" , which was originally released in 1987 on PC-9801 series. This adventure game took the world by storm.
Up to now, over 200,000 copies were sold in various platform. *Includes mobile phone app.
After 23years of time, it's back with iPhone and iPad!!
Of course, we made it possible for HD for iPad and iPhone4.
So, you don't miss the beauty of the graphic!
Also, as it is bilingual (Japanese/English) you can also enjoy the every moment in English while you were playing.
You will be straight into the Hard-boiled world in the US in 90s.
Solid adventure game which provides timeless joy and does not show sign of ages.

【 outline 】
A letter was delivered to J.B. Herald at the homicide dept of the Liverty Police.
The letter was from Sarah Shield… And she was dead…

The incident happened at 2am on 9th. Sarah fell down from 5th floor of the her apartment.
There was no sign of strangeness and presumed died instantly.

What happened to Sarah?
J.B. was already on the way to Manhattan with her letter on his mind.

One right after the other, a number of young ladies jumped to death in Manhattan.
As investigation goes on, mysterious facts turn out one by one.

Our English twitter account: @althi_Inc
You'll get new game info and may get back ground story from our developers…
Please follow us and tell us your opinion and idea!

Need help? Use our Manhattan requiem Walkthrough page or sign up and make your contribution today.

Manhattan requiem is an adventure game developed by althi Inc and released in November 2010. You can download the app on iOS 7.0 and later on the following devices: iPhone 13 Pro Max, 12 Pro, X, SE, iPhone 8, 7, iPad Pro, and iPad Mini.

This app has been updated by Apple to display the Apple Watch app icon. 【Change / Correction】 ・ It corresponds to iOS 10. ・ UI and part of the layout was renovated. ※ Note: As a result of this version upgrade, previous save data can not be used. Please choose "New Game" and enjoy the game.

You can quickly download Manhattan requiem iPhone/iPad and Android app by clicking the download buttons or scanning the QR code below. 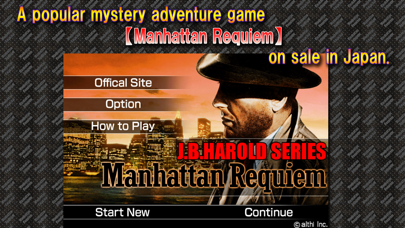 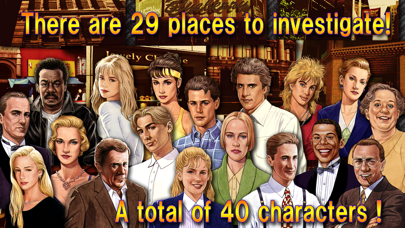 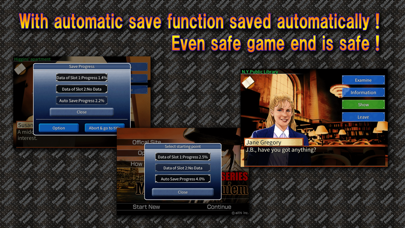 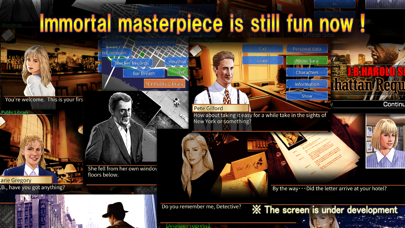 Review: NEED ANOTHER ONE
Just beat it literally a minute ago and I really want another one lol I got a little frustrated at...

By No Face User

Review: So fun!
I love mysteries and questioning suspects! This was very fun and very immersive. Text based so if you don't like...

Review: Seems simple but it has amazing depth!
No matter what happened, I could NOT put this game down! It is deceptively deep, and unbelievably addictive. This is,...

Review: Good game
Some of the translations were odd, but a good game otherwise. Having owned 'Murder Club' as a kid and having...

Review: Noir fun!
Not spectacular, but many hours of entertainment.