Welcome to Dragon Tamer - a turn-based strategy game that tests your skills in taming and mastering the art of dragonery.
Are you ready to prove yourself as the ultimate Dragon Tamer? Then let's find out! This world is full to the brim with rare & powerful dragons. It's up to you to tame them all! Collect dragon eggs, raise & breed new dragons, and train them to form your own unstopable league. Show off your skills and fight against Tamers from around the world.
Join us in the Dragon Tamers!

Features:
- Build, expand, and decorate your Dragon Island paradise.
- Side with your Dragon in new events and daily quests.
- Over 100+ Dragons to Collect.
- Breed new species, train your dragons, and unlock new abilities.
- Lead your unique lineup of dragons to victory.
- Challenge Dragon Tamers from around the world, participate in Alliance events, battle in the Arenas, and rise to the top of the leaderboards.

Need help? Use our Dragon Tamer: Genesis Walkthrough page or sign up and make your contribution today.

Dragon Tamer: Genesis is a free-to-play, card and simulation game developed by Bekko.com and released in December 2020. You can download the app on iOS 10.0 and later on the following devices: iPhone 14 Pro Max, 12 Pro, X, SE, iPhone 8, 7, iPad Pro, and iPad Mini.

1. New Dragons ● Ward, Legendary, Void, can be obtained from the time-limited Summon event. *Void Dragons can be placed in any habitat. Their maximum level is determined by the highest level of any elemental tower you own. They can ignore the Element requirements to join any events and modes, but they won't get Element Bonuses. ● Sirius, Legendary, Psychic/Dark, can be obtained from events. 2. New Skins ● Added a Halloween-themed Skin for Themis. You can obtain it by purchasing the December Legendary Pass. ● Added a Halloween-themed Skin for Nix. You can obtain it during the Halloween Event. 3. Balance Changes ● Decreased the cooldown time of Reaper’s skill “Awakened Reaper's Scythe” to 1 turn. ● Adjusted Reaper’s 3rd skill “Soul Sacrifice” The caster sacrifices 30% of their current HP to increase their Crit by 90% and DMG by 42% for 4 turns (Dying won’t clear this). -> The caster sacrifices 25% of their current HP to increase their Crit by 56% and DMG by 39% for 4 turns (Dying won’t clear this. This effect cannot be dispelled). ● When Minotaur heals himself with his awakened skill “Moving Spores”, the effect of the skill will be doubled. ● The Artifact “Necklace of Rebirth” now works with Bright’s 3rd skill “Sacrifice”. 4. Other Improvements ● Expanded the Starstone Void to 80 levels. ● Increased the level cap of Rainbow Element Tower to Lv.106. ● Added a search function to the collection book. ● You can access the newly added Skin tab and Color tab through the Appearance tab. ● There are different difficulties to choose from the Mythic Mountain. ● You’re able to enhance Artifacts in your Inventory. ● When you and your friend reach Intimacy Level 2, you can speed up a random session of your friend by clicking the Hourglass on the “My Friend” interface. ● Improved the progress calculation of feeding tasks in the Dragon Hunting event. ● Barley will use the skill which can cause the highest DMG when the only opponent has less than 50% of HP. ● Increased the amount of food obtained in Divination from 3 million to 5 million. ● Adjusted the drop rate of the following items in the Divination: Food 30.09% -> 29.09% Legendary Soul 24% -> 24.5% Mythic Dragonbrand Material 11.5% -> 12% ● Increased the number of Crystals in the Daily Free Pack and Element Pact. ● Improved some Level Packs and Time-Limited Benefit packs provided for new players ● Optimized UI 5. Fixed some known bugs and Issues

You can quickly download Dragon Tamer: Genesis iPhone/iPad and Android app by clicking the download buttons or scanning the QR code below. 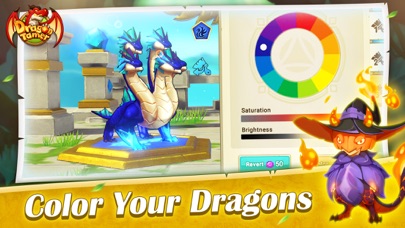 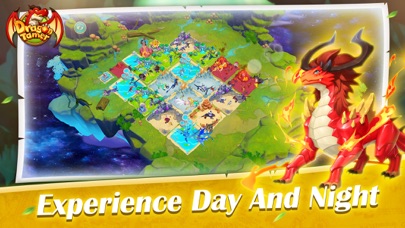 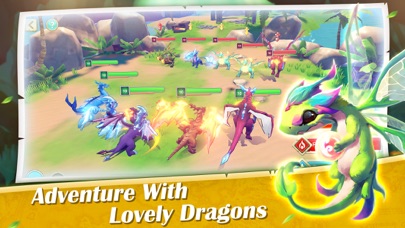 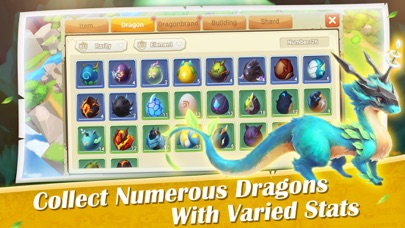 Review: PLEASE
Oh its one of those “bro calm down” reviews. UHM In the arena I Keep Being Defeated By Lvl 150s...

Review: Mystic Mountain
This is a really great game and all, but once I got to the point of mystic mountain opening up,...

Review: Good game
Glad this game has no ads and it’s very good my fav mythic creature is dragon! So that’s...

Review: This game doesn’t save data
So my I pad automatically deleted this game when I downloaded this game again it did not bring me back...

Review: How to Un AgeMute In Dragon tamer IOS Version?
TELL ME I DONT WANNT TO BE AGE MUTE IN DRAGON TAMEER I WANNA CHAT