Do you have Ubongo, Tumult Royale, Imhotep, the nominee for “Spiel des Jahres” or the “Kennerspiel des Jahres” EXIT? You want to learn how to play it but don’t have the time or desire to deal with reading through all the instructions?
Well, how about simply having all the rules explained to you via narrated animations? Learn how to set up the game and get started without reading the rules booklet. Learn other KOSMOS games without reading the manuals.

Note: This app offers additional features for the well-known games from KOSMOS.

*** Animated Tutorial ***
With audio narrations and 3D animations, this app explains all the rules for the games in an easy, linear manner that requires little reading - including the variations for all numbers of players - so that you can start playing almost immediately!

*** Additional Functions ***
For the EXIT games, you will find a timer including an atmospheric soundtrack.
For the Adventure Games, you will find a narrated adventure book.
For The Crew Mission Deep Sea you will find an atmospheric soundtrack including a special timer.
In Ubongo, an animated assistant helps you to find the solution to any of the tasks given in the basic game.
Tumult Royale includes a timer that allows you to replace the hourglass included in the game. You can also vary the time allotted for the tax collection phase.

*****
Questions, suggestions and feature requests?
We look forward to your suggestions!
Mail to: apps@kosmos.de

Need help? Use our KOSMOS Helper App Walkthrough page or sign up and make your contribution today.

KOSMOS Helper App is a free-to-play, board and strategy game developed by Franckh-Kosmos Verlags-GmbH & Co. KG and released in November 2015. You can download the app on iOS 12.0 and later on the following devices: iPhone 13 Pro Max, 12 Pro, X, SE, iPhone 8, 7, iPad Pro, and iPad Mini.

You can quickly download KOSMOS Helper App iPhone/iPad and Android app by clicking the download buttons or scanning the QR code below. 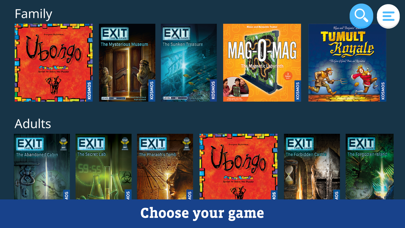 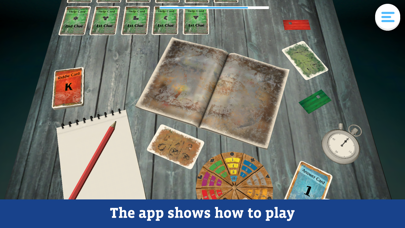 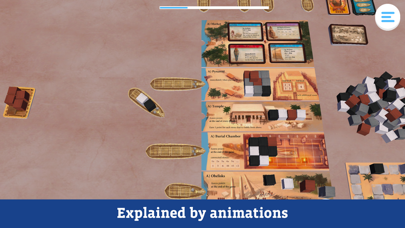 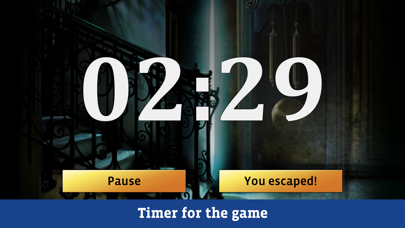 Review: App features
I would love if the app would save my score and had the statement on the back of the direction...

Review: Neat app
Worked great for us. Helped set the atmosphere. We really enjoyed it.

Review: Played The Dungeon (Up to Chapter 1)
This app is optional but fantastic for playing the games. Explains game setup and narration (like a dungeon master).

Review: Wonderful game
I love these types of games and in fact that this is free makes it more fun. Yes you have...

Review: Unable to Use Features!
UPDATE: PROBLEM FIXED!!! I downloaded the app today to use the music while our family played. And for some reason...