Play Jigsaw Sudoku – a fun twist on the classic Sudoku from the makers of Sudoku.com! Solve puzzles, train your brain, and have fun. Install to start now!
Jigsaw Sudoku is very similar to regular Sudoku, but instead of 3x3 blocks, you’ll have irregular jigsaw-shaped blocks. This where the puzzle's name comes from! Jigsaw Sudoku is a great puzzle for both beginners and experienced sudoku players. You can choose a level that fits your mood and skill best – an easy puzzle for a short mental break or an expert one to give your brain a solid exercise!

* Fill all rows and columns with numbers 1 to 9 exactly like in classic Sudoku.
* Watch the irregular jigsaw-shaped blocks! There are no classic 3x3 blocks here.
* Don’t repeat numbers within a single row, column, or a jigsaw-shaped block.

Get an amazing sudoku experience:

* Sudoku puzzles with the new enhanced mechanics
* Solve thousands of levels with a unique grid layout
* Use hints when you’re stuck
* Write notes to keep track of possible numbers. Your notes are updated as you go along!
* Take the game with you wherever you go
* New game from a top developer

While it might seem challenging to get used to the new grid at first, be certain you’ll grasp the puzzle’s brilliance shortly. Each time you start a game, you get a different combination of jigsaw blocks and hence – a completely unique puzzle made just for you!

Need help? Use our Jigsaw Sudoku by Sudoku.com Walkthrough page or sign up and make your contribution today.

Jigsaw Sudoku by Sudoku.com is a free-to-play, board and puzzle game developed by Easybrain and released in December 2020. You can download the app on iOS 10.0 and later on the following devices: iPhone 12 Pro, X, SE, iPhone 8, 7, iPad Pro, and iPad Mini.

You can quickly download Jigsaw Sudoku by Sudoku.com iPhone/iPad and Android app by clicking the download buttons or scanning the QR code below. 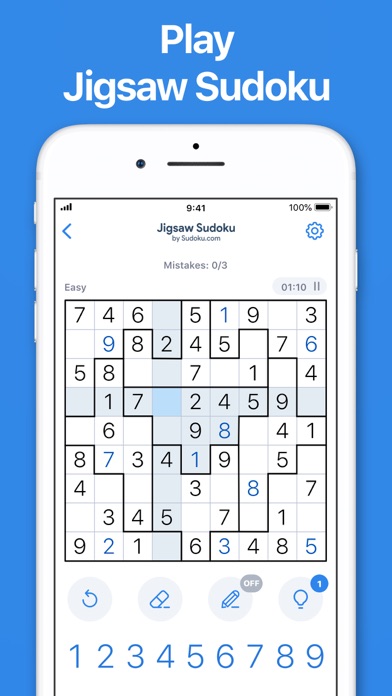 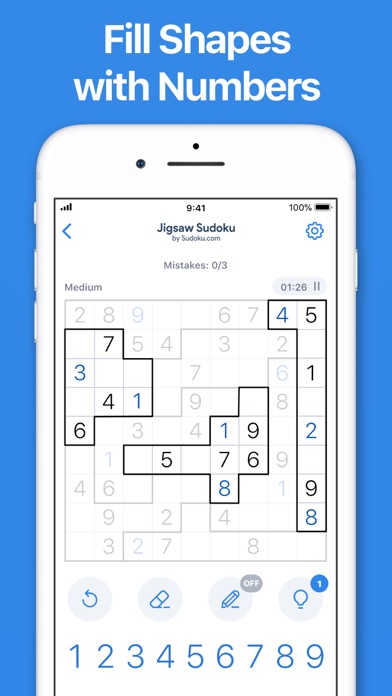 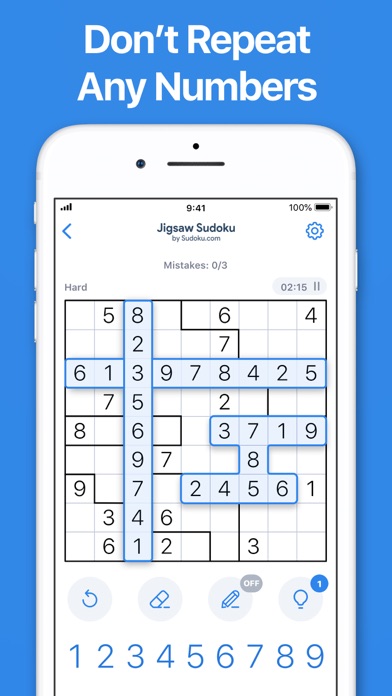 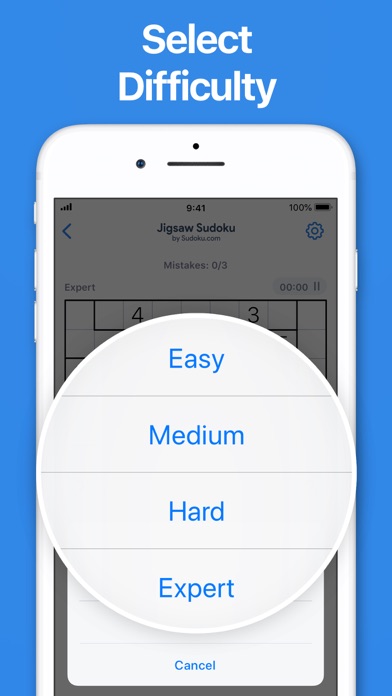 Jigsaw Sudoku by Sudoku.com has 0 reviews across all iTunes Stores.

Create a new price alert for Jigsaw Sudoku by Sudoku.com