From the creators of top NBA basketball games NBA 2K22, NBA 2K22 Arcade Edition, and NBA 2K Mobile, NBA SuperCard is the legendary basketball card collecting and battle game pitting NBA and WNBA All-Stars and legends from your favorite teams against each other in epic card battles on the court. Play now as the new Season 1 tips-off this fall featuring brand new card tiers, innovative new designs, and new events with more to come!
Sports card collecting meets deck building and epic card battles! Collect cards across generations of NBA and WNBA all stars. Train them, level up their unique stats, and bring old and new rivalries to life. Become the ultimate card collector with hundreds of collectible cards and build your deck of basketball stars!

Experience card battle y game modes such as always-on Quick Game, Champions Mode, Team Battleground, and Head-2-Head. Stay tuned for the new strategy card game mode coming soon: Platinum Playbook. Bound by a salary cap, test your deck building skills and strategize who you want on the court, call plays and put your players in the best position to get the W!
Card collecting games and the NBA make a dynamic duo! Hit the hardwood and take on special challenges to unlock exclusive new basketball cards, new packs, and new ways to have fun this season. Participate in new NBA live events to earn rewards and special edition cards!

Collect cards, build your deck, get on the court and immerse yourself in the new Season 1 of NBA SuperCard!

STRATEGY CARD GAMES
- Use strategy to build a deck of top-tier players with different strengths and abilities.
- Level up your all star team and train them to advance their stats and improve their skills.
- Participate in daily and weekly quests and challenges to help you level up.

Build your deck, get on the court, and immerse yourself in the basketball card action of NBA SuperCard, the ultimate sports card collecting and battle game experience.

Do Not Sell My Personal Information: https://www.take2games.com/ccpa

Need help? Use our NBA SuperCard: All Star Battle Walkthrough page or sign up and make your contribution today.

NBA SuperCard: All Star Battle is a free-to-play, sports and card game developed by 2K and released in December 2020. You can download the app on iOS 12.0 and later on the following devices: iPhone 13 Pro Max, 12 Pro, X, SE, iPhone 8, 7, iPad Pro, and iPad Mini.

- A fix for a network error some users have encountered on the Draft Board. - A fix for an issue with Team Battleground that is blocking users from attacking opponents - A fix for a visual issue with challenges in Champions Mode - Other misc. bug fixes

You can quickly download NBA SuperCard: All Star Battle iPhone/iPad and Android app by clicking the download buttons or scanning the QR code below. 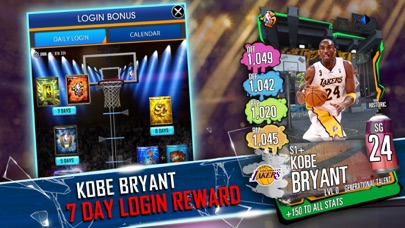 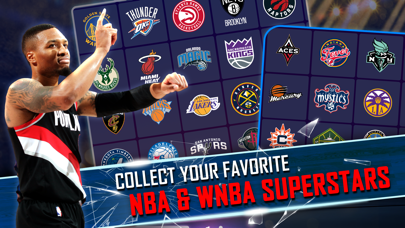 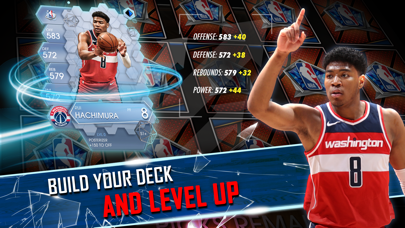 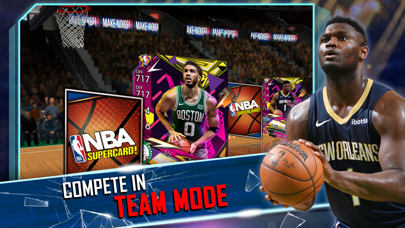 Review: Not my cup of tea
Not a fan of this. NBASC will never be as good as MyNBA2K. What a disappointment. There’s goods...

Review: Issues
I have completed two seasons on the super dynasty but I haven’t received any of my season rewards that...

Review: Why
Why is micheal Jordan not in the game it makes no sense💀

Review: How
They got some girl with the same ratings as bol bol