This version of Bowman is better than all previous versions.
If you wish to play the original game, simply turn off the Wind, Wall and Fatigue features within the game settings.

This latest version has it all. It has many options which you can turn on or off depending on how challenging you want it to be.

Bowman is a highly addictive classical game. Even if you've never heard of it before, play it just once and you'll be hooked.

The object of the game is to shoot arrows at your opponent and kill them before they kill you. It's a battle against your opponent to see who can accurately judge the angle and strength of the shot to make the arrow land on your opponents body.

A head shot inflicts the most damage while a shot in the chest takes second place. Everywhere else on the opponents body inflicts less damage.

To shoot your bow, simply drag your finger across the screen and you'll be presented with a trajectory plus angle and strength (power) information. Release your finger to release the bow.

You can play Bowman against the iPhone or against a friend.

To make it even more entertaining, we have also included a bird shooting game. You'll have to shoot as many birds as you can within 3 minutes and then let your friend try the same. Hopefully, you will have shot more birds than your friend.

Thousands and thousands of people play Bowman online every day and now you can enjoy a better version of it on the iPhone. It really is highly addictive.

Need help? Use our Bowman Walkthrough page or sign up and make your contribution today.

Bowman is a sports game developed by Lentrica Software and released in March 2009. You can download the app on iOS 13.0 and later on the following devices: iPhone 13 Pro Max, 12 Pro, X, SE, iPhone 8, 7, iPad Pro, and iPad Mini.

Your favourite game back on the App Store!

You can quickly download Bowman iPhone/iPad and Android app by clicking the download buttons or scanning the QR code below. 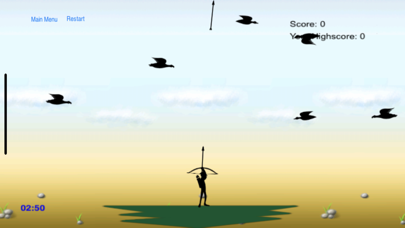 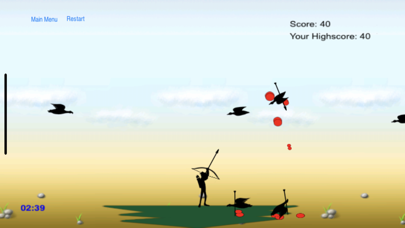 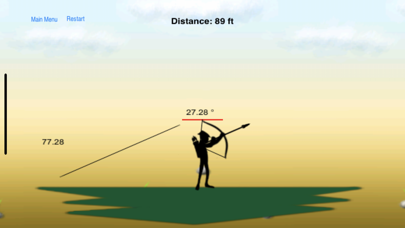 Review: Fix the sound!
I can't turn the volume down and the sound that comes out when I fire the arrow doesn't sound anything...

Review: Cool but Update!!
This game is really cool and fun, but you guys really need to update for the new iPod Touch or...

Review: Review
Bowman is a great game. The only problem is that you should be able to turn the system on the...

Review: Ok
The game is cool but they need to fix things ex audio it still play audio when your volume is...