Klaverjas HD is the first and best Klaverjas App specifically designed for iPad and iPhone.
Klaverjassen is one of the most popular card games in the Netherlands, traditionally played in cafes and social clubs, as well as at home. The game is for 4 players who play in pairs, sitting opposite each other. The game has a number of variants, named after the cities where they originated: Amsterdam and Rotterdam.

The object of the game is to score as many points as possible in 16 hands. In competition games the players on one table will rotate so as to have had each of the other three as a partner, so playing 3 sets of 16 hands.

In each hand the object of the game is for the player (and partner) who chooses trumps to collect more than half of the available points. If they fail to do this then they score nothing at all and the opposing pair receives all of the points.

This Pro version features a trainer, more multiplayer options and no ads.

Points are collected by taking tricks containing valuable cards, and also as bonus points during the play.

Need help? Use our Klaverjas HD Pro Walkthrough page or sign up and make your contribution today.

Klaverjas HD Pro is a strategy game developed by Robin Knip and released in May 2011. You can download the app on iOS 12.0 and later on the following devices: iPhone 13 Pro Max, 12 Pro, X, SE, iPhone 8, 7, iPad Pro, and iPad Mini.

Bugfix: fixes bug where player would sometimes get exactly the same cards after skipping twice and reshuffling.

You can quickly download Klaverjas HD Pro iPhone/iPad and Android app by clicking the download buttons or scanning the QR code below. 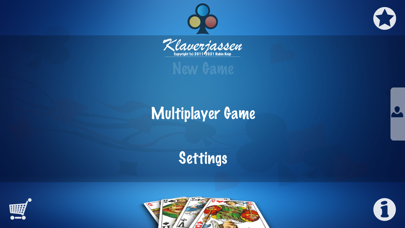 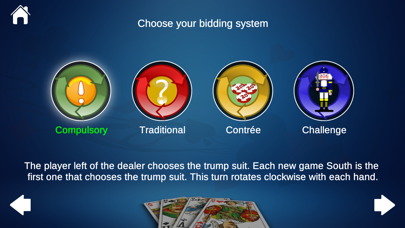 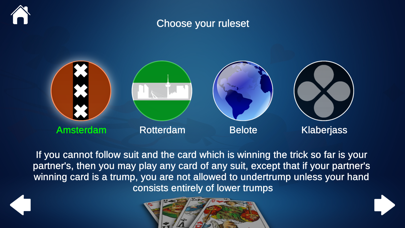 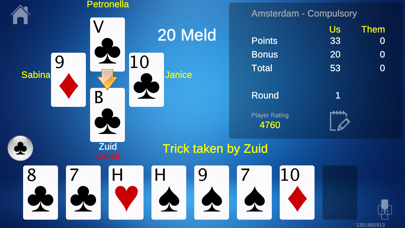 Review: Neil vanKeizerswaard
My app so not find my friends anymore. They always have to find me

Review: Fantastic
Unfortunately the recent update is a bit buggy with slowing and some multiplayer games crashing

Review: Never ending enjoyment
Very well engineered app, I play at about a 550 rating and I am constantly learning and improving.

Review: Klaverjas
Love this game! It is like playing it with your friends.