Civil War: 1864 is the latest addition to our Civil War strategy series, bringing you the ferocious battles from 1864. Experience the American Civil War like never before with with over 40 missions; including 20 detailed historical battles. Get a greater view of the battlefield as you lead your force to victory, with our new Map Zoom feature.
1864 saw the Union army make substantial gains against the Confederate forces in the American Civil War. Grant, replacing Halleck, took the risky gamble of attacking the Confederates on three different fronts. While Grant failed to gain any significant tactical advantage in any battle against Robert E. Lee, he succeeded at depleting Lee's forces. On the Western front, Sherman was able to capture Atlanta and seize Savannah. The Union's control of the railways and waterways gave them an immense logistical advantage, which would become vital to the North's eventual success. The Confederacy was ultimately fighting and losing a defensive war.

● All missions can be played as both sides  (except the tutorial).

Need help? Use our Civil War: 1864 Walkthrough page or sign up and make your contribution today.

Change: The bonus 'To War!' Campaign is now available to all players without requiring an email registration. Fix: Some sound effects not playing following the last update.

You can quickly download Civil War: 1864 iPhone/iPad and Android app by clicking the download buttons or scanning the QR code below. 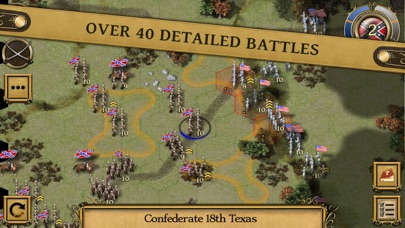 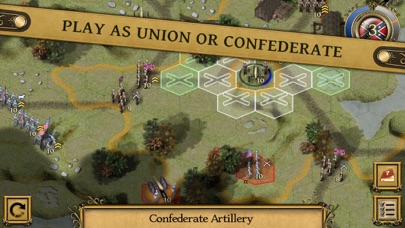 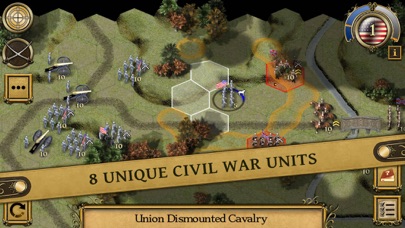 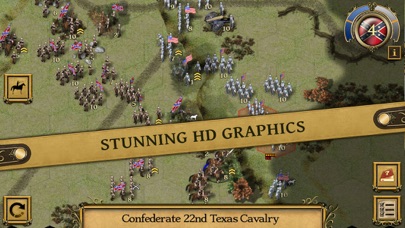 Review: Not 40…Ok, but NO Buy All Option
I’m not a fan of “nickel and dime-ing” gamers. Make a Pro version or offer a buy all option...

Review: Not happy
I like the game but I just payed for it and I still have to pay to unlock more levels...

Review: 3 out of 5
Only because the games glitch a lot. Other than that.....love them. Make pass and play!