"INFINITY MECHS is a super robot-featured idle game developed by SkullStar and licensed by Game Duchy. Here you’ll have access to a galaxy of mechs with a consternation of team building strategies!
Mecha army needs your leadership! Watch the live battlefield where particle effect will sweep your screen! Adventure, intense PvP, one-hand-hold operations...Mechs are a man’s romance! Now the mechaland ushers you in!

[Hard Core Mechs, Hundred Units to Choose From]
Exclusive mecha design, stretch your strategy and build your combinations. Wrap yourself in the mecha and sink into your next battle!

[Ladder Challenge, PvP with Global players]
Lead your mecha team and step onto the global stage! Climb to the top of the ladder and sit on the glorious throne!

[7/24 Consistent, Unlimited Income While You Sleep]
One button to claim massive rewards. Accumulate while offline. Grind no more and enjoy your life!

——Story Introduction——
When civilization climbed to its prime, demons followed. No one tells where had they came from, but countless mobile armored robots swiped the continents with terrifying power. The world was at the point where to-be-or-not-to-be question had to be asked. The only superpower of the world, Weimarr Empire, activated its highest national alert in light of disasters. As a results, “12 Heroes” came to the spotlight. They are humanoid mecha designed and created to counter against those robot monsters. Time had it proved that “12 Heroes” were on the successful side.

But story didn’t end. The defeated monsters retracted and gathered around Superalloy mines. Humanity came to realize that more humanoid mecha was necessary and of the most important things, Superalloy is an indispensable resource for mecha development. A variety of mercenary companies and research labs were created and there was only one goal for them: Fight for the Superalloys and develop super robots.

You, an ACE pilot invited by different forces to be the captain of their armies, will make your decision and embark on the journey of mecha world war!

Need help? Use our Infinity Mechs Walkthrough page or sign up and make your contribution today.

Infinity Mechs is a free-to-play, strategy and music game developed by Sentai Inc and released in October 2020. You can download the app on iOS 8.0 and later on the following devices: iPhone 13 Pro Max, 12 Pro, X, SE, iPhone 8, 7, iPad Pro, and iPad Mini.

【New Feature】 1.Added new mode: Expedition. 2.Added more background music for players to choose. 【General Updates】 1.Added gacha pity system which guarantees commanders can at least get a 5 star mecha for each 100 pulls. 2.Added mech’s gallery in the mech detail. 【Bug Fixes】 1.Fixed a bug that caused Nightmare to get stuck in the PVP battle. 2.Fixed a bug that prevented commanders getting gold coin normally.

You can quickly download Infinity Mechs iPhone/iPad and Android app by clicking the download buttons or scanning the QR code below. 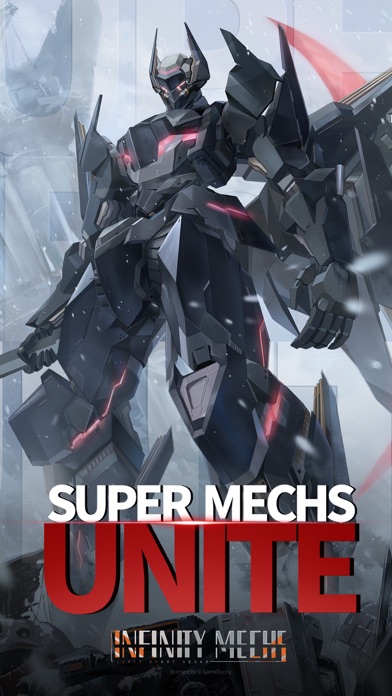 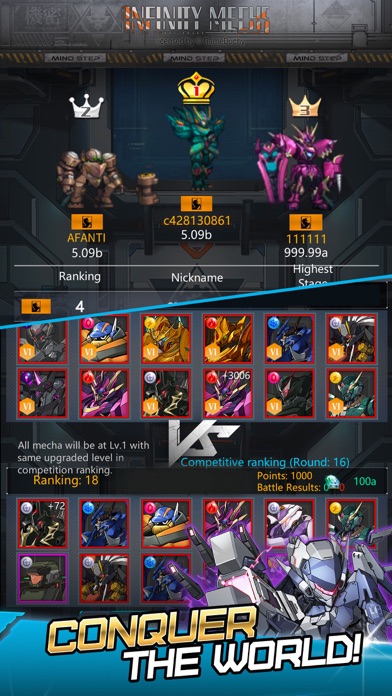 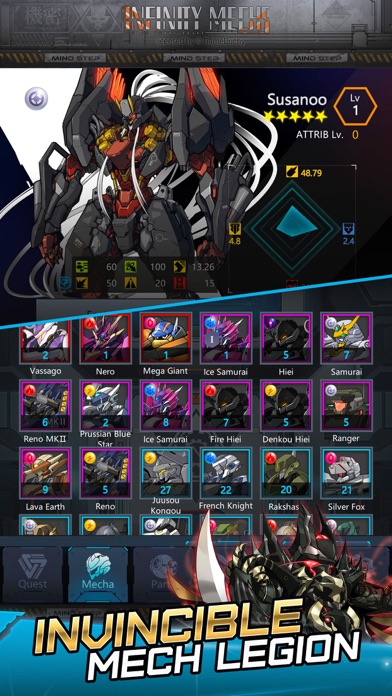 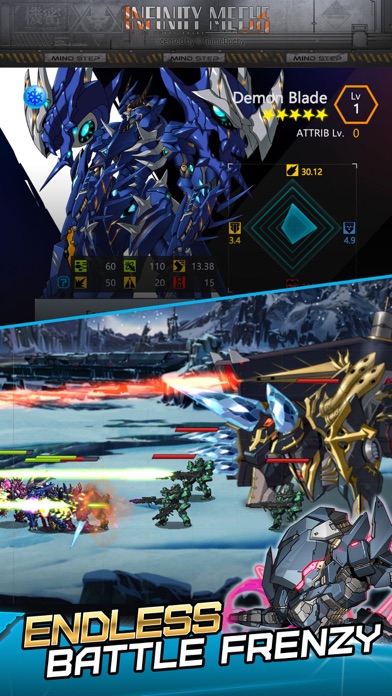 Review: Can not register
I can’t register because when I press confirm it doesn’t load even with the I agree with terms