If you already like "Pretty clever" and "Twice as clever", "Clever cubed" is the ultimate challenge for you!Whether you're a high-score hunter with hundreds of games or just an occasional game, "Clever cubed" offers you new and exciting challenges to master.

Of course, there are five new dice categories, including the arrangement of bonuses, which make it quite tricky again to find the best moves.
In addition, the new number joker offers completely new strategic options by allowing you to rotate a dice to a different number value before placing.
And that's not all: If you choose the turquoise dice, you don't just bet this one, but up to 2 additional dice if they are of the right value.

As you can see: Countless new possibilities and 18 exciting new achievements are waiting to be discovered by you.
As always in the "clever" series you can compete against the worldwide community in weekly highscore lists.

Don't just be "Pretty clever" or "Twice as clever", be "Clever cubed"!

Need help? Use our Clever cubed Walkthrough page or sign up and make your contribution today.

Clever cubed is a trivia game developed by BrettspielWelt and released in October 2020. You can download the app on iOS 11.0 and later on the following devices: iPhone 13 Pro Max, 12 Pro, X, SE, iPhone 8, 7, iPad Pro, and iPad Mini.

You can quickly download Clever cubed iPhone/iPad and Android app by clicking the download buttons or scanning the QR code below. 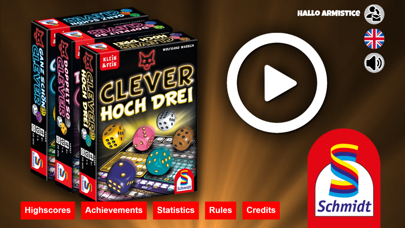 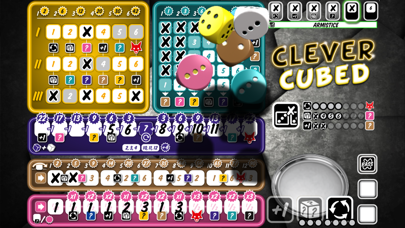 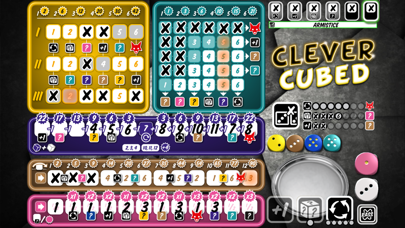 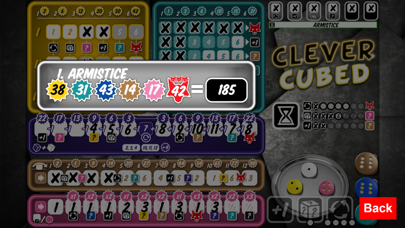 Clever cubed has 0 reviews across all iTunes Stores.