One of the best TD games

A thousand years ago, Demon King, the mastermind behind the Void Calamity, was defeated by an alliance of Humans, Fiends and Deities. His power coalesced into three crystals scattered across Luna. Those immensely powerful crystals turned many Humans into Demon worshipers. Now a crisis is looming, foreshadowed by the recent mass emergence of demonic beasts. As a Realm Walker and a guardian of Luna, this is your last chance to save the universe!It’s time to save Luna and unlock the mystery of your birth! The adventure is about to begin. Are you ready?

Rich gameplay where lovely waifus help you save the world
-Over a hundred tactical maps ranging from ice and snow, to forests and lava!
-Fend off invading monsters who possess strategy altering abilities like flying, splintering, shape-shifting, and magic resisting.
-Join forces with epic heroes to outwit monsters and save the universe!


A blend of tower defense with hack-and-slash
-Dominate the battlefield by combining different skills and classes.
-Build your own tower defense team to slaughter enemies and break records.
-Use combos to slow down, gather, freeze and exterminate enemies. Enjoy the fun of hack-and-slash.

A card draw system where everyone can be a winner
-Daily giveaway of Card Draw Tickets make sure you get the heroes you desire!
-Even casual players can gather free Hero Shards and meet their beloved heroes in Luna City.
-A focus on strategy and Character Builds means that if played right, an SR character can be as powerful as an SSR one.

Build bonds with your characters and unleash their potential
-Start a relationship with various characters ranging from Lunara and Beira to Athena and Lamia.
-Deepen your bond with your beloved characters through interaction and gift-giving.
-Awaken your heroes with a single tap to make them more powerful and allow them dominate Hero Brawl, Mythic Hall, Ancient Realm and Realm War play modes!

Need help? Use our Final Fate TD Walkthrough page or sign up and make your contribution today.

Final Fate TD is a free-to-play, strategy and card game developed by GAMESWORD CO., LIMITED and released in September 2020. You can download the app on iOS 8.0 and later on the following devices: iPhone 13 Pro Max, 12 Pro, X, SE, iPhone 8, 7, iPad Pro, and iPad Mini.

You can quickly download Final Fate TD iPhone/iPad and Android app by clicking the download buttons or scanning the QR code below. 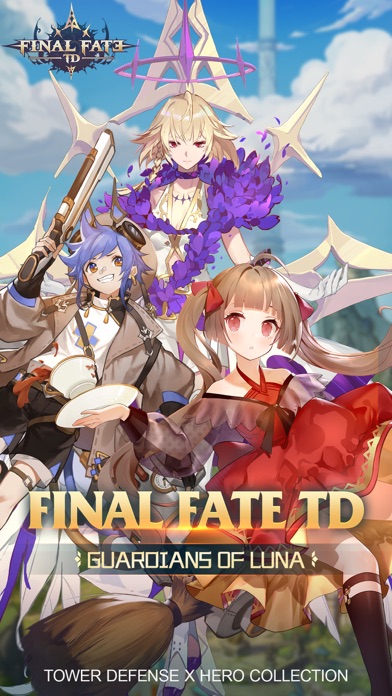 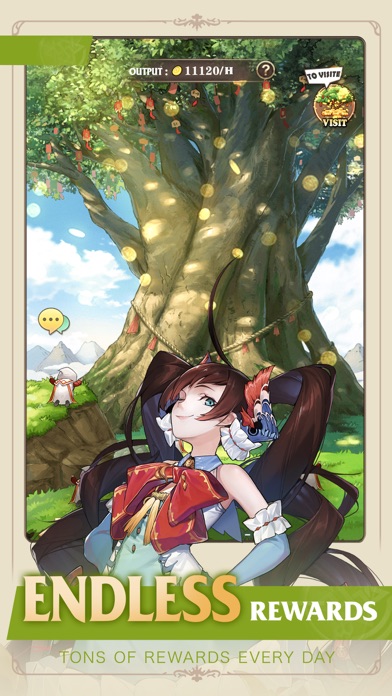 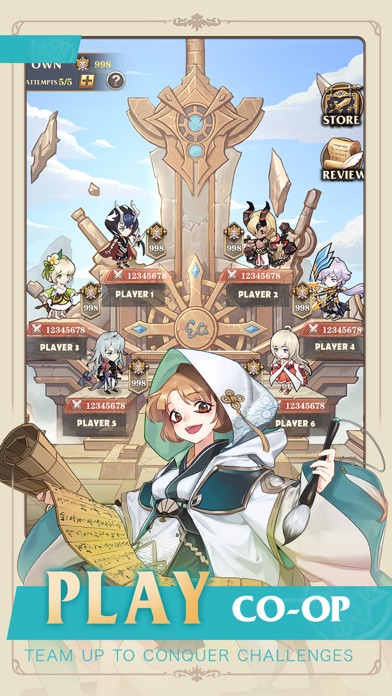 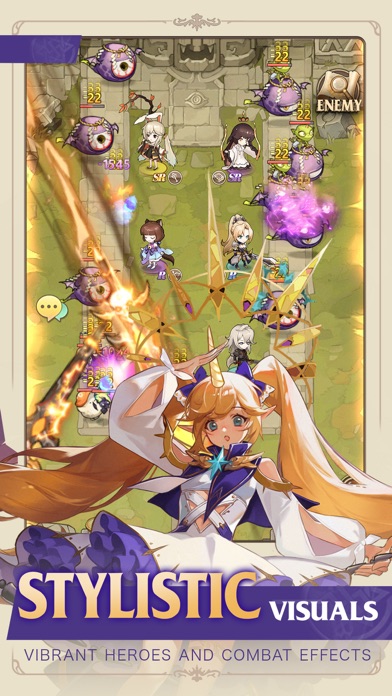 Review: Really really good game
I play lots of games like this and I get tired of them all being the same stuff over and...

Review: Problem logging I
I am not able to log into my game. I use my Apple ID to log in and it says...

Review: Great game so far
I think this game deserves more love and support, it is a really good game. The art is great, the...