Welcome to Hearts, an app designed to offer classic card games players the authentic, free hearts card game experience online or offline, on their device of choice!
Among trick-taking games that are not directly related to Bridge or Whist, perhaps the foremost one is HEARTS, which is truly one of the greatest card games ever devised for four players, each playing individually. The classic Hearts game can be played in 4, but also in 3 or 5 players. What's the scope of any Hearts card game player? To end up with the lowest score at the end of the cards game.

What's great about our Hearts app?
- It's based on the authentic, offline hearts game play experience
- Clear card game interface, simple hearts gameplay, without distracting elements and additions.
- It's a card game app suitable for both experienced hearts game players and beginners alike (with the option to select slow cards animation).
- Table and cards fronts and backs can be customised to any taste.
- Game statistics are available for players at any moment.

If you haven't tried, but you want to learn how to play Hearts, this card game app is exactly what you need, as it makes it easy for you to get a grip on the hearts game rules in no time.
Here are some hints:
- The player holding the 2 of clubs after the pass makes the opening lead. If the 2 has been removed for the three handed card game, then the 3 of clubs is led.
- Each Hearts player must follow suit if possible. If a player is void of the suit led, a card of any other suit may be discarded. However, if a player has no clubs when the first trick is led, a heart card or the queen of spades cannot be discarded.
- The highest card of the suit led wins a trick and the winner of that trick leads next. There is no trump suit.
- The winner of the trick collects it and places it face down. Hearts may not be led until a heart card or the queen of spades has been discarded. The queen does not have to be discarded at the first opportunity.
- The queen can be led at any time.

Install and play Hearts today to master this classic hearts game like a pro!

Enjoy playing Hearts? Take some time to leave us your feedback - our players' opinions are always valued.
We also invite you to play one of our other cards games and decide which is your favorite: Spades, Klondike Solitaire , Spider Solitaire, Pyramid Solitaire, Tripeaks Solitaire, Gin Rummy.

Test your luck and have fun with Hearts!

Need help? Use our Hearts - Deal and Play! Walkthrough page or sign up and make your contribution today.

Welcome back, Hearts players! Enjoy this new version of hearts because: - Bugs have been fixed Update and play and don't forget to rate us, we highly appreciate your support!

You can quickly download Hearts - Deal and Play! iPhone/iPad and Android app by clicking the download buttons or scanning the QR code below. 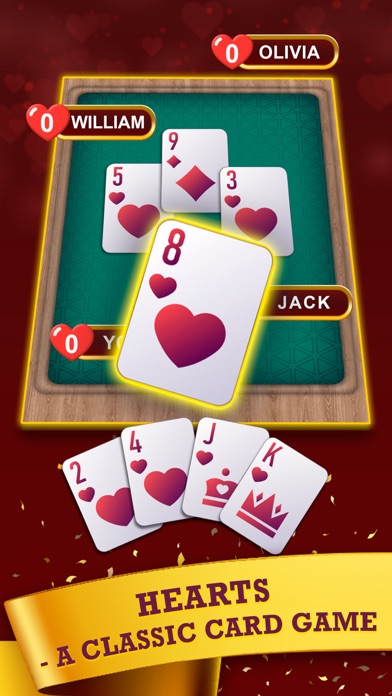 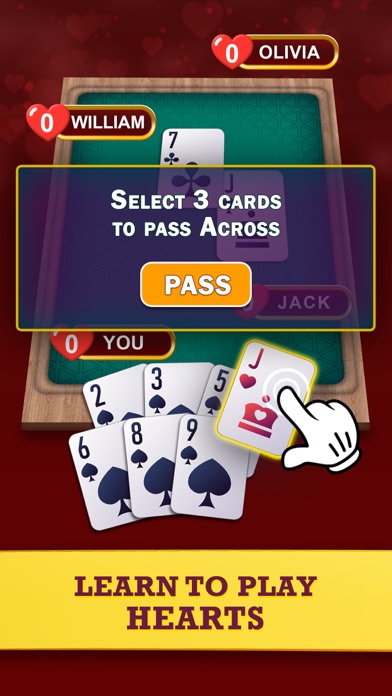 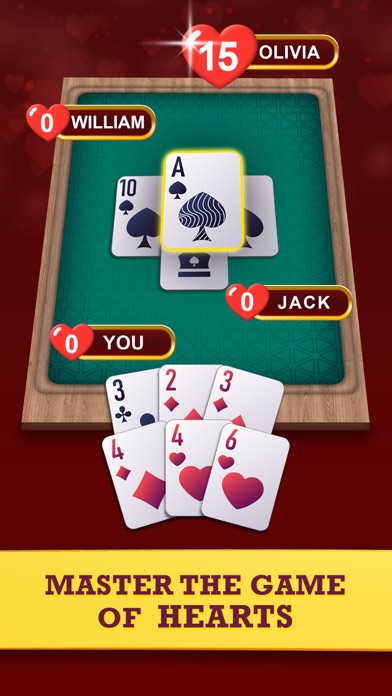 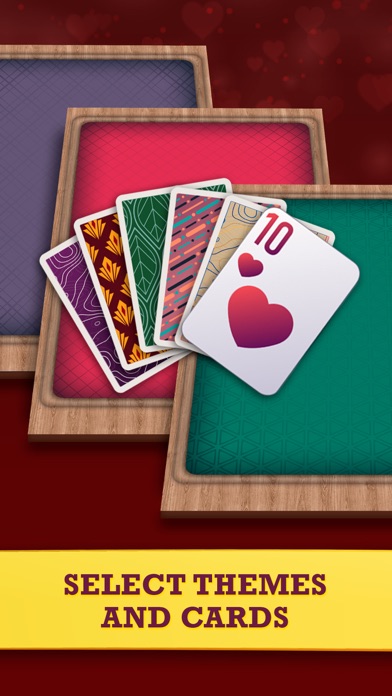 Review: Fun with jack of diamonds option
Fun game but buggy. Need to fix where players that follow me follow whatever suit I put down instead of...

Review: Granny
Love this game. Haven’t had any problems so far.

Review: I’ll keep the OLD Version, Thank You!
Prefer the card size and size of messaging letters. I’m a Senior Citizen and the new version is too...

Review: Add support
I really like this game and I support the concept of being free with adds! But, do they have to...