Main story:Decades ago, the world was hit by a devastating catastrophe, crumbling the ground into pieces, The evil Machine Emperor who regarded as a god by his subordinates quickly formed an army, warriors are gathered, the Knight has come upon your summon. As a result, a bizarre world is resembling in the darkness...

Game intro:
Manga Allstar is a free turn-based action RPG where players can recruit hundreds of manga & anime characters from a variety of original shows. There are more than 100 playable characters in-game for now, and there are more heroes incoming in the constantly new updates. It is probably the most complete manga game you can find in store.

In Manga Allstar, players will join manga world as a newbie hero, along with the main story unfolds, you can unlock more and more quest heroes, you have to train them the new skills and abilities, learn how to strategically place heroes in battle formations of different lines to fully utilize their strengths, from support to tank to DPS roles. Level up your heroes by improving their Star rating, making them gods with hero soul shards, and awakening them with farmable resources to unlock hidden potential. Compete in cross-server PvP and PvE battles, summoning adorable pets to fight for you, collecting and enchanting powerful weapons, exploring in different modes such as Sky Tower, Dimension War, Demon Challenge, Endless Rift, etc.

With the Multi-dimensional character growth and upgrade system, you can manage your heroes whatever you like, and even create your dream Manga team with your favorite characters from different manga or anime series. The game is perfectly playable, and you can have some enjoyment while exploring your interests with new friends who share your passions. It provides a great community of the real Otaku!

If you like our game, please recommend it to your friends. Suggestions and feedback are always welcome.

Need help? Use our Manga Allstar 2 Walkthrough page or sign up and make your contribution today.

You can quickly download Manga Allstar 2 iPhone/iPad and Android app by clicking the download buttons or scanning the QR code below. 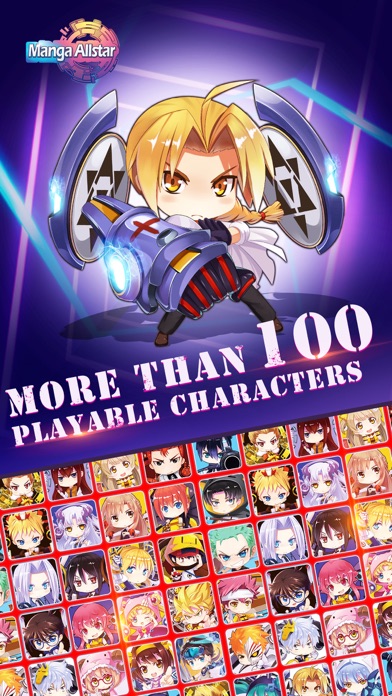 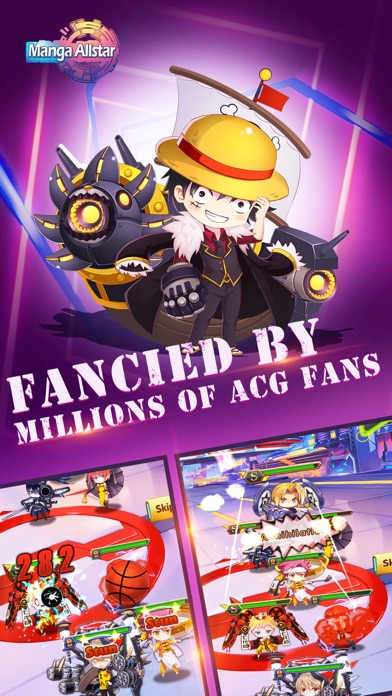 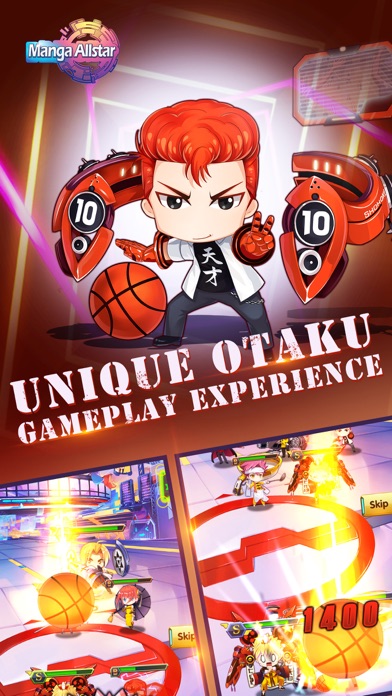 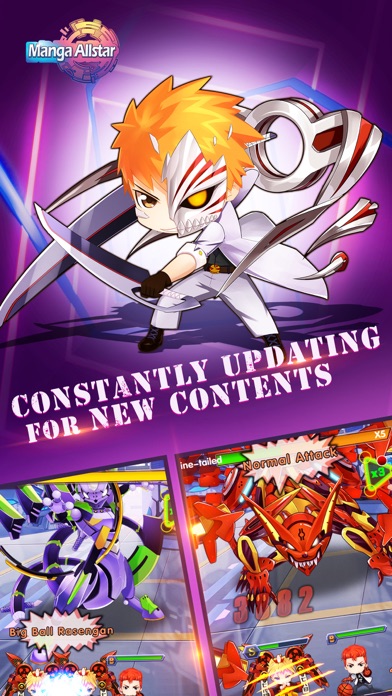 Review: Infinite loading screen
I downloaded it and im forever stuck on whatever it opens me up to saying “failed to connect to the...

Review: Connection Issues
Loved the game, but I can no longer play it. Says I need a stronger connection, but my connection is...

Review: Really fun!
This game is really addicting and fun for just about anyone, especially for people who are big fans of anime....

Review: Fun game
It’s a fun game that includes a majority of my favorite anime/manga characters like asuka from neon genesis...

Review: Great game
One of the only game I spend money on and one of the longest games I played they have constant...