Age of Viking Conquest is a conquest simulation set at the time of the Vikings invasions of Europe. The goal of the game is to become the dominant major power amongst the key powers of Northern Europe. Play as Sweden, Norway or Denmark and expand your zone of influence. Raise your drakkars and ensure your dominance on land and sea!
- Return to the era of Golden Warfare and rule one of the few dominant Viking kingdoms on the verge of shaking the balance of power in Europe and prove to be one of the most important military and cultural forces of the era.

- Sail, ride and march across Europe as your nation flexes its military and economic muscles.
- Supplement brawn with subterfuge and use cloak and dagger tactics such as subversion and espionage.
- Compete with other Northern Kingdoms and with the largest Continental powers.
- Play as one of the three major Viking kingdoms: Norway, Sweden or Denmark.
- Play against the AI or other human claimants to the mastery of Europe.

You win by either scoring the most Victory Points (VPs) or being the first to reach a certain preset VP threshold, depending on scenario and custom choices in the main menu. To do so, you must capture regions over the world, and defeat your enemies in battle.
The world has about 130 regions open to conquest. The regions have variable income and VP values (set randomly in the Standard scenario) and unknown until conquered or spied upon. Each region not owned by a Major Power usually has an independent Minor country owning and defending it.
Each Major country is controlled by a human player or the computer, or is designated neutral and then acts as a Minor country.
Hotseat play is possible, with an option to limit to 4.00 minutes the playing time per player.
Each game turn represents roughly one of the 4 seasons. Winter is a special one, with limited movements, severe weather conditions and restricted actions.
Game lasts till scenario victory conditions are achieved or when the three Viking powers have converted to Christianity. Starting with the year 700 AD, it will last till shortly after 1100 AD or earlier (if the player is eliminated or becomes Christian).

Scenarios: game offers 3 scenarios, each starting at a decisive turn point in history: 700 AD (start of Viking Age), 850 AD (the apex of Viking expansion) and 1000 AD (the last major conquests of the Vikings and Northmen)

This game received raving reviews including

“I had been waiting for it for 3 year!”
10/10 – Association of Delayed Games Players of my Pub

Need help? Use our Age of Viking Conquest Walkthrough page or sign up and make your contribution today.

Age of Viking Conquest is a strategy game developed by Stephane Oury and released in September 2019. You can download the app on iOS 9.0 and later on the following devices: iPhone 13 Pro Max, 12 Pro, X, SE, iPhone 8, 7, iPad Pro, and iPad Mini.

You can quickly download Age of Viking Conquest iPhone/iPad and Android app by clicking the download buttons or scanning the QR code below. 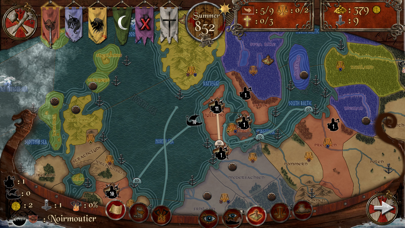 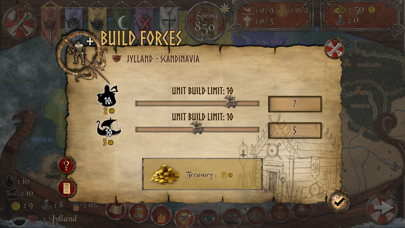 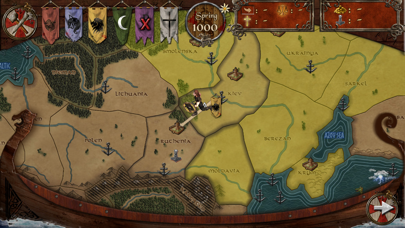 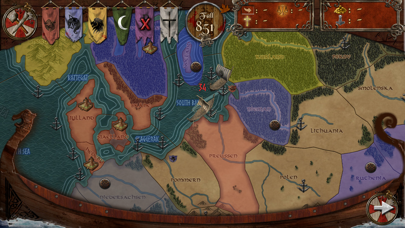 Age of Viking Conquest has 0 reviews across all iTunes Stores.

Create a new price alert for Age of Viking Conquest