The ultimate Dinosaur racing game for mobile. Take control of Tyrannosaurus Rex and survive in huge jurassic world.
Escape from the Jurassic Dinosaurs Alive Island Park where you are kept in captivity! Help the dinosaur to run for its freedom!

- A wide variety of exciting sea dinosaurs to breed -
Be a Tyrannosaurus Rex in this 3D simulator game set in prehistoric jurassic world full of prehistoric creatures.
You've always wanted to know how was life in the prehistoric world of jurassic dinosaurs? Our 3D dinosaur racing game offers you a great opportunity to experience jurassic adventures!
Choose one of the four available dinosaurs and run as fast as you can in the cartoon jurassic setting. Dodge the other obstacles!

Watch out and be careful not to be bitten by your opponents! Real dinosaurs are running after you!
Make sure that your jurassic dinosaur does not run out of energy and try to beat the records of the others!

Be guided by your animal instinct!
The easy-to-understand controls will help you survive in the prehistoric world of dinosaurs!

- A World of Dinos -
There´s an impressive and successful Jurassic Dinosaur Alive Island Park with different dino species that attracts many visitors every year.
Contrary to popular belief, dinosaurs are not aggressive animals and you can watch them living peacefully in the Alive Island Park.

But real dinosaurs, as every wild animal, also suffer in captivity: They were born to be free! And they are so big that it is hard to build a Jurassic Alive Island Park secure enough to keep them inside... making this Park very controversial.

- Compete with Friends -
Compete with your friends online for the highest score and prove that you are the greatest survivor of them all. Check your score regularly and improve your game. Show your friends who the real hero is. Climb to the top of the online Game Center leaderboard and let them marvel at your greatness. As you play and improve your roster of characters you'll become unstoppable!

- Funny Characters -
In this animal game you will be inside of your favourite real dinosaur trying to escape from the Jurassic Alive Island in a race for its freedom. Help him to survive and race against all the security forces trying to capture it!

Tyrannosaurus rex was one of the largest meat-eating dinosaurs that ever lived.
Everything about this ferocious predator, from its thick, heavy skull to its 4-foot-long (1.2-meter-long) jaw, was designed for maximum bone-crushing action.

All your favorite dinosaurs including Stegosaurus, Triceratops, T-Rexs, Velociraptors and Indoraptor are here to be part of your prize collection.
How many jumps can you get? How far can yo go?

Need help? Use our Jurassic Alive: World T-Rex Walkthrough page or sign up and make your contribution today.

Jurassic Alive: World T-Rex is a free-to-play simulation game developed by Miguel Martin Ibarreta and released in September 2019. You can download the app on iOS 10.0 and later on the following devices: iPhone 13 Pro Max, 12 Pro, X, SE, iPhone 8, 7, iPad Pro, and iPad Mini.

You can quickly download Jurassic Alive: World T-Rex iPhone/iPad and Android app by clicking the download buttons or scanning the QR code below. 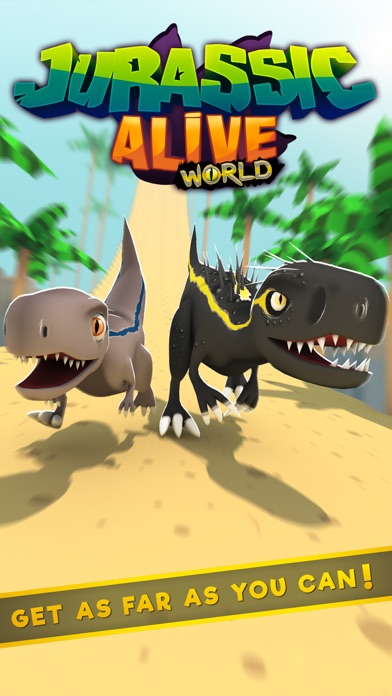 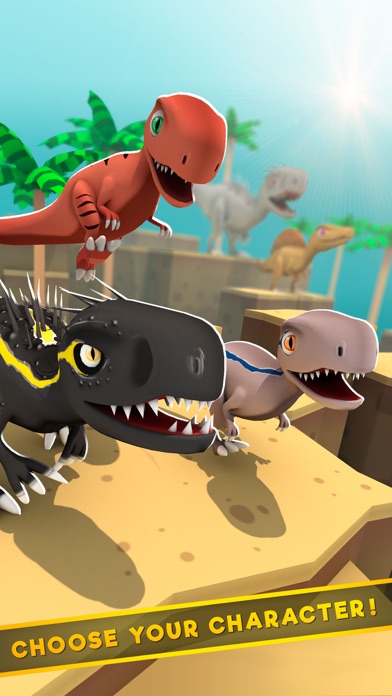 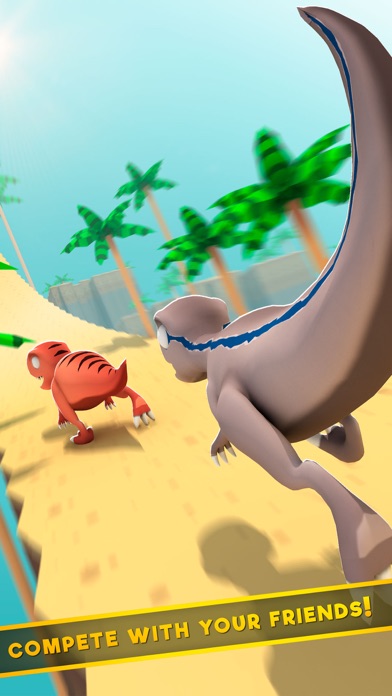 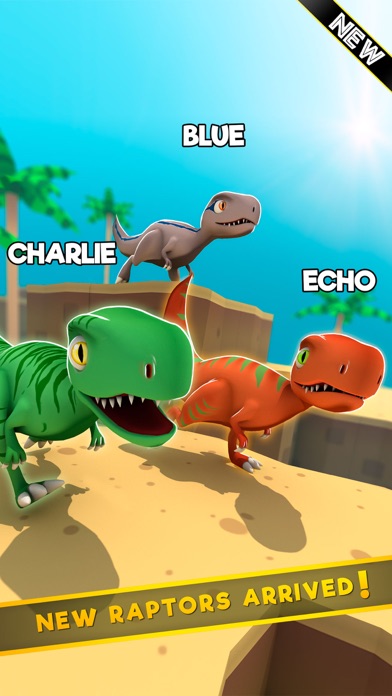 Review: Very good for the time
I don’t play this game anymore but I remember all the memories when a did

Review: It,s awesome that you can get Blue in the game
I have so much fun playing it and I’m so excited for the game to get a better.lt...

Review: Good game
It’s fun getting the stars and running I like blue but the Barryonyx needs a little work but a...

Review: Great game!
I love this game… so addictive! If u like Dino’s this is the game for you! Also, tip for...