Whenever you have a thought that you don't want to lose - speak, snap or scribble it into the Braintoss app and it will be sent to your inbox for later use.
• Capture your To-do’s in one click
• Empty your brain on the spot
• Quickly capture when on the move
• Voice memos easily captured
• Capture inspiring slides, receipts or business cards
• Use Share to capture websites, screen shots or (Whatsapp) messages

Braintoss works with: Evernote, Trello, Todoist, Dropbox, Things, Microsoft To Do and other apps that allow input via email.

And if you have a Ford car with SYNC3 you can use Braintoss on the road.

If you enjoy using Braintoss, please leave us a nice review. We'd really appreciate it.

"Braintoss has changed my life… I don't like it, I love it!" - Howard Stern on his daily SiriusXM show

"At last something I actually use to remember those ideas or suggested films and books. Two touches and it is in your inbox and you can happily forget. Happy forgetting is the best!" - by Robert R Johnson

"Too bad I can't take it with me under the shower, that's where I have my best epiphanies!" - by Marc-Jan van Laake

"Just got a tip about a great practical app from a friend. Braintoss. Handy app." - by Dutch TV personality Jack van Gelder via twitter

Use Braintoss to capture stuff and send it to your inbox with one tap:
• for any thought/idea/task
• for Images
• for Business Cards
• for QR Codes
• for receipts

Braintoss is a app developed by Braintoss B.V and released for iOS and Android in January 2013. You can download the app on iOS 12.0 and later on the following devices: iPhone 13 Pro Max, 12 Pro, X, SE, iPhone 8, 7, iPad Pro, and iPad Mini.

You can quickly download Braintoss iPhone/iPad and Android app by clicking the download buttons or scanning the QR code below. 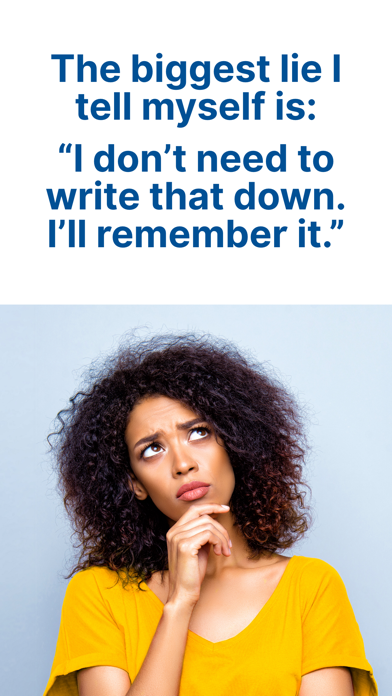 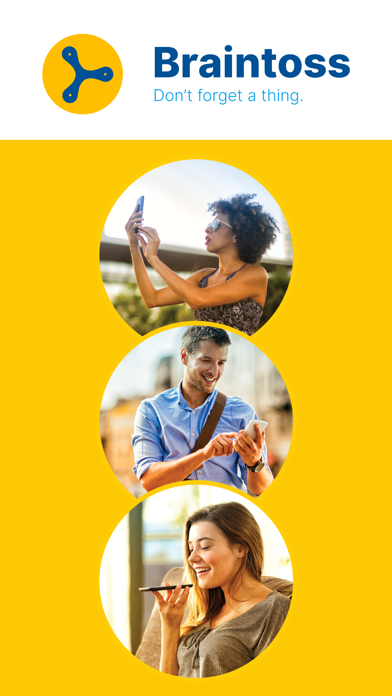 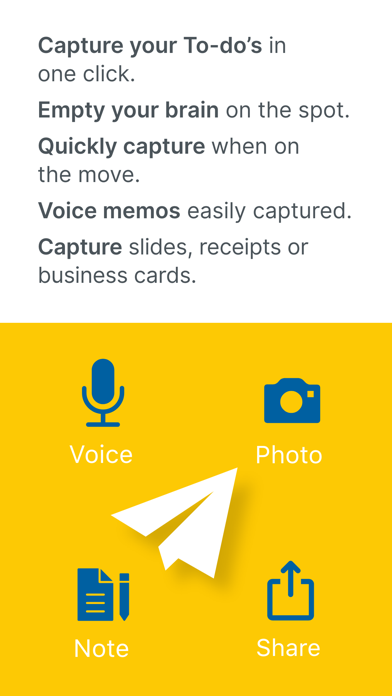 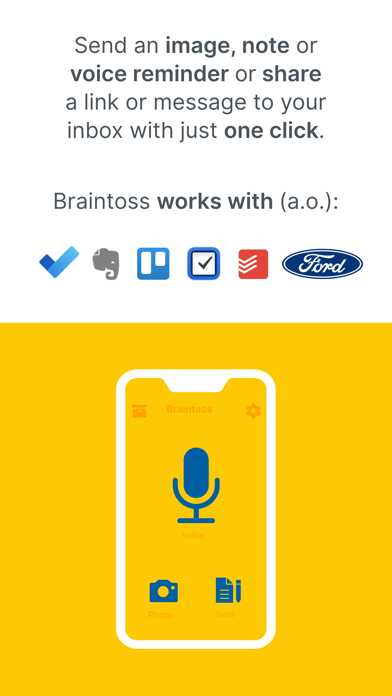 Review: Ok app
In theory this app should be great. When it works it is. I’ve had messages go through days later...

Review: Game changer
This is the perfect app if you subscribe to the GTD method and need something to easily capture all of...

Review: terrific
i love this app. saved me a bunch of times. recommend!

Review: Need iPad and multi image capability
I rely on brain Ross daily and love it. I send notes to my inbox ask the time to get...