Experience the crisp, clear, and easy to read cards, simple and quick animations, and subtle sounds. Just move cards with a single tap or drag them to the destination. You can make full use of your brain to complete the classic game. If you like card game, Our Klondike Solitaire will give you endless fun.

The solitaire is popular and classic card games you know and love.If you like classic card game, Our Royal Solitaire game will give you endless fun. it is a single player card game and available for Free!

Here’s a quick view of what we offer :

How To Play Klondike :

-> Klondike is played with a standard 52-card deck, without Jokers.

-> The aim of the game is to build up a stack of cards starting with two and ending with King, all of the same suit.

-> Once this is accomplished, the goal is to move this to a foundation, where the player has previously placed the Ace of that suit.

How To Play Spider :

-> The main purpose of the spider solitaire free card game is to remove all cards from the table, assembling them in the tableau before removing them.

How To Play Free cell :

-> After dealing from a standard deck of 52 cards, use the four free cell spots as placeholders as you try to move all of the cards from the Foundation stacks for a win.

->Just like Klondike card games, you must move cards from the Tableau to the Foundation cells buy suit, in ascending order. Most Free Cell games can be solved, if you can find the right strategy.

How To Play Pyramid Solitaire :

-> The goal of Pyramid Solitaire is to discard the entire deck by finding pairs of cards that add up to 13, regardless of suit. Kings count as 13 and are discarded singly, Queens as 12, Jacks as 11, etc.
-> The board consists of a Stock, a Pyramid and a Discard Pile. The cards in the Stock can be cycled three times, one at a time.

How To Play Tripeaks Solitaire :

-> The object of TriPeaks (also known as Tri Towers, Triple Peaks or Three Peaks) Solitaire Challenge is to clear all of the cards from the three peaks.

-> Just tap on the cards that are one rank higher or lower than the foundation card. If you run out of moves, turn over a new card from the deck.

Our Klondike Solitaire has a unique, Morden and fresh theme!
We guarantee that this is the best quality solitaire card game in the Appstore.

Need help? Use our All in One Solitaire Card Game Walkthrough page or sign up and make your contribution today.

All in One Solitaire Card Game is a free-to-play card game developed by PROPHETIC DEVELOPERS and released in September 2019. You can download the app on iOS 8.0 and later on the following devices: iPhone 11 Pro, X, SE, iPhone 8, 7, iPad Pro, and iPad Mini.

You can quickly download All in One Solitaire Card Game iPhone/iPad and Android app by clicking the download buttons or scanning the QR code below. 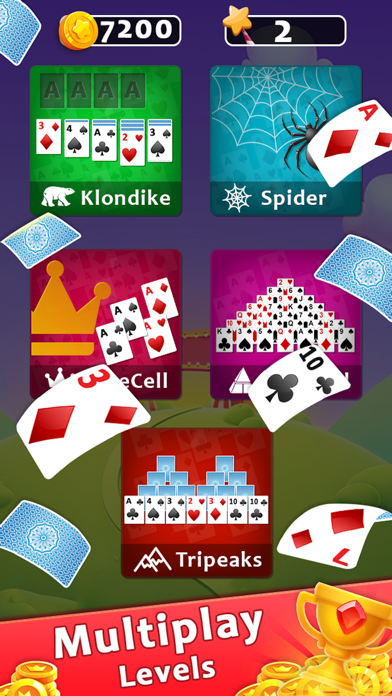 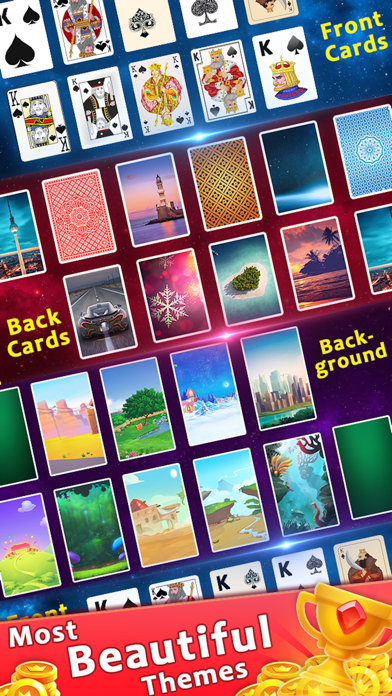 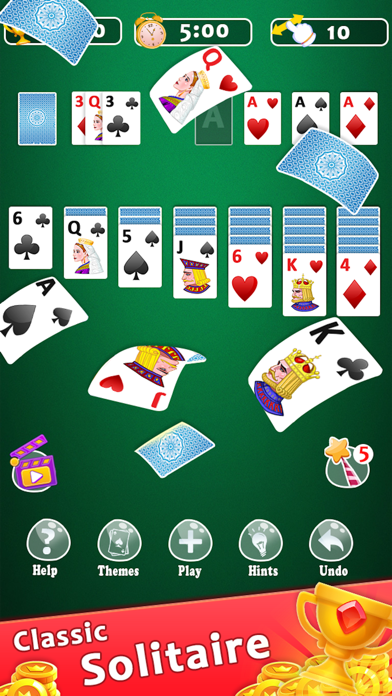 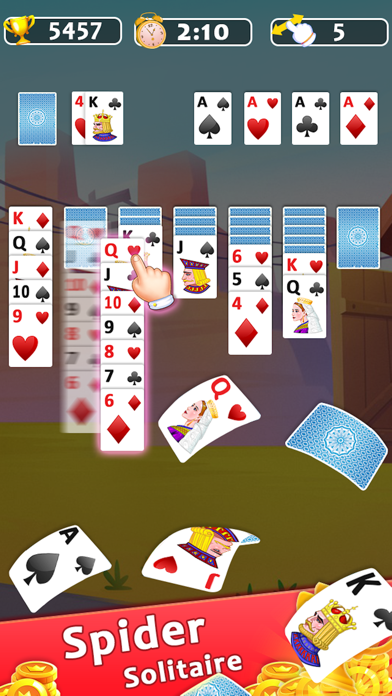 All in One Solitaire Card Game has 0 reviews across all iTunes Stores.

All in One Solitaire Card Game Add-Ons