Strap yourself in and enter the arena! Carnage is a high-octane car combat game with a multitude of game modes. Choose the way you want to create chaos and battle it out against other players in real time multiplayer!
FEATURES:
▶ 84 AWESOME CARS: Sports cars, muscle cars, SUVs, trucks, and more!
▶ MULTIPLE GAME MODES: Battle Arena, Racing, Survival and more!
▶ EXTENSIVE DESTRUCTION MODEL: Cause havoc in the environments
▶ UNIQUE VISUAL STYLE: Blocky, retro-styled graphics
▶ DOZENS OF MAPS: Drive in a park, on a football field, even in the clouds
▶ GAME-CHANGING POWER-UPS: Use them to turn the tide of battle

Download Carnage now and discover a new kind of racing game! Driving fast and getting to the finish line is only one of the multiple challenges that await you. Your reflexes will be put to the test as you fight for dominance against other players in real-time multiplayer.

Wreak havoc on the streets thanks to the extensive destruction model that lets you not only damage vehicles, but also cause visible changes in the environment. After a long battle, the location will look nothing like it used to at the start!

The game features a multitude of different modes. In Death Match League you will fight against other players, destroying their cars for points. Racing pits you against 8 people in a speed contest, Survival is a battle-royale-like combat match to the last man standing, Score battle makes you find collectible for points and Freedrive allows you to explore the game’s maps at your own pace.

You can also complete Challenges that guide you through the game and help you discover all it has to offer. In addition to that, there’s a new Ranked Daily Challenge you can participate in every day to compete with players worldwide for awesome rewards!

Need help? Use our Carnage: Battle Arena Walkthrough page or sign up and make your contribution today.

Carnage: Battle Arena is a free-to-play, racing and sports game developed by PixelMob Sp. z o.o and released in September 2019. You can download the app on iOS 11.0 and later on the following devices: iPhone 13 Pro Max, 12 Pro, X, SE, iPhone 8, 7, iPad Pro, and iPad Mini.

Game has been updated with improved performance and stability on latest iOS versions.

You can quickly download Carnage: Battle Arena iPhone/iPad and Android app by clicking the download buttons or scanning the QR code below. 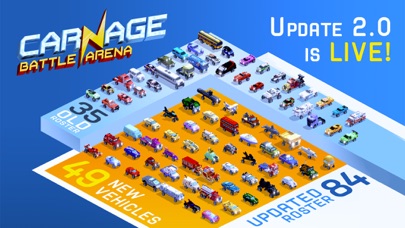 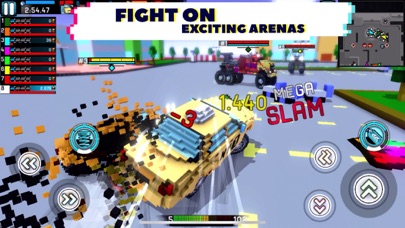 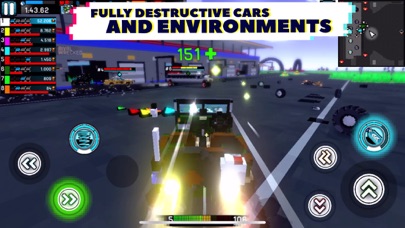 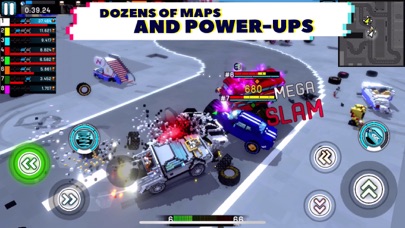 Review: STUPID
IT RESTARTED MY PROGRESS I HOPE YOU FIX THIS AND NOT RESTART PEOPLES PROGRESS

Review: Nice
Very good game and I like this game because the developer response to others opinions. Keep up the great work.

Review: Good but…..
Every time I open the game it’s takes me back to the Home Screen. Can you please fix this?