MAIN FEATURES
- More than 30 modern lethal guns and camos. Choose your own tactics for battle: pistols, snipers, shotgun, machine guns or rifles
- Join team battles against other players from all over the world on unique maps
- Create your own clan and enjoy team game 5vs5 in various locations playing in squad
- Compete in ranked seasons and get promoted to higher leagues among other heroes
- Use killstreaks such as drone strike, sentry gun and attack helicopter. Or even UAV, chopper gunner or rocket launcher
- Intuitive control and easy interface - swipe, aim and shoot
- Perfect optimization
- Regular updates and new game elements

One team becomes Counter-Terrorists and attack other Terrorists team.

FREQUENT PROGRESS
Buy different ammo, guns and weapons, upgrade it, change the look of your weapon skins.
Make a progress to be pro in our mobile shooting game.

Need help? Use our Modern Ops: Online FPS Walkthrough page or sign up and make your contribution today.

Modern Ops: Online FPS is a free-to-play action game developed by Edkon games GmbH and released in March 2019. You can download the app on iOS 11.0 and later on the following devices: iPhone 13 Pro Max, 12 Pro, X, SE, iPhone 8, 7, iPad Pro, and iPad Mini.

You can quickly download Modern Ops: Online FPS iPhone/iPad and Android app by clicking the download buttons or scanning the QR code below. 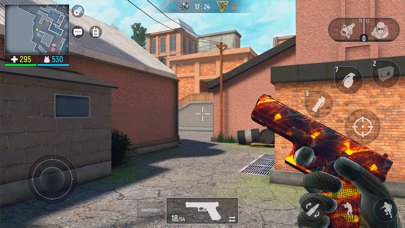 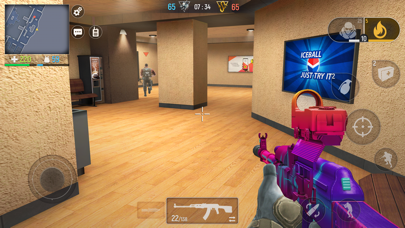 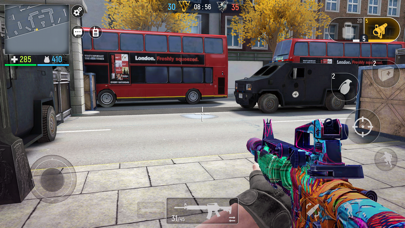 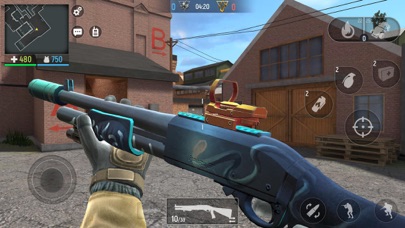 Review: OK, but
Can you add? That you can kill people in the distance

By I think it needs a pool

Review: Best game ever
It’s really good and it has good textures and a good guns so I don’t really rate is...

Review: Add a military helmet
It’s a great and fun game but it would be a lot better if you would add a military...

Review: Best game
I really love the game and the fact it’s mobile so I can play whenever I want. But the...

Review: Epic gun
This game is very fun and cool the knife animations and how fast pace it is it’s just so...