Grab your Sword and enter the world of wild, wacky gladiator battles.
Battle opponents on Castle Roofs, Pirate Ships and many other locations. Take part in mass brawls, fight one vs one or carry out missions for your manager. The main goal is earning those gold coins so you can buy a nice new Helmet or a glorious Golden Axe.

The tower climb modes challenges you to scale a mighty tower using your weapon to launch yourself up. Watch out for Trolls on the way up!

In Castle Rush mode you must storm the castles of the rich kings and steal their gold crowns. Archers and Knights stand in your way. Keep your eye out for hidden weapons in the castle with the flags.

The Evil Wizards are the rulers of the Cursed Lands. Put on your best equipment and grab a powerful weapon to storm the Wizards fortress. Watch out for skeletons, spiders and trolls as you try to steal the wizards cursed wand. Giant bosses live in the cursed lands, a huge 2 headed orc call Tiny is waiting for you.

Need help? Use our Knight Brawl Walkthrough page or sign up and make your contribution today.

Knight Brawl is a free-to-play, adventure and action game developed by Colin Lane Games AB and released in June 2019. You can download the app on iOS 12 and later on the following devices: iPhone 13 Pro Max, 12 Pro, X, SE, iPhone 8, 7, iPad Pro, and iPad Mini.

You can quickly download Knight Brawl iPhone/iPad and Android app by clicking the download buttons or scanning the QR code below. 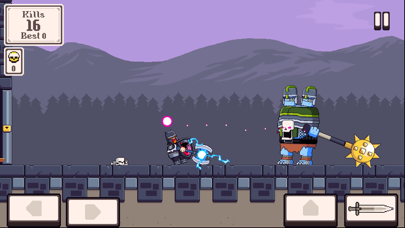 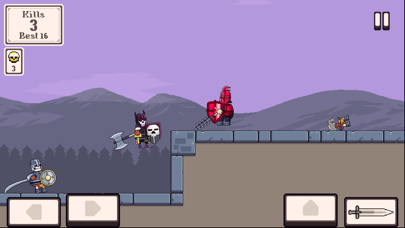 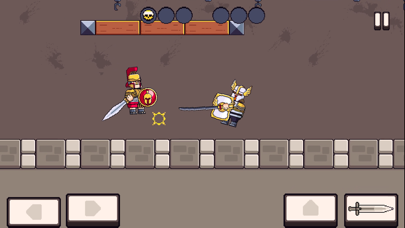 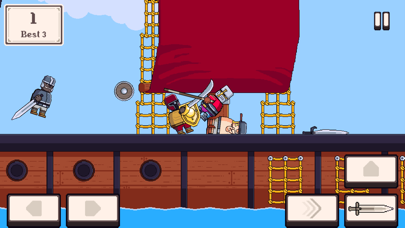 Review: Best game ever
This app has been my go-to game whenever I go on any road trip or plane ride. Keep up the...

Review: Best game
I love this game played it for over a year and binged most of it in a week I want...

Review: Unique and one of the best mobile games I’ve ever
Ive played hundreds of mobile games in my life and this is the best one. The combat is fin and...

Review: Problem
I had a bunch of good stuff and my game just like restarted me from the beginning and now i...

By clertus the pigeon farmer