“Raiders is mounting a serious challenge as one of the best mobile board games out there.” - Kotaku
“The digital version does a brilliant job of recreating the feel of the board game. Smartly designed, with some wonderful visuals and enthralling entertainment, well worth plundering. (5/5 stars)” - Pocket Tactics

“As it stands, this is one of the best all around apps out there…. A beautiful digital implementation, the game jumps to life on your mobile device.” - Pixelated Cardboard


It's Raiding Season! Plunder your way to Viking adventure in the digital adaptation of the award-winning worker-placement board game!

In Raiders of the North Sea, players assemble a crew and outfit a longboat to raid settlements for gold and fame. Impress your Chieftain in glorious battle and win your place among the legends of the North Sea!

It's Raiding Season!
Assemble a crew and outfit a longboat to raid settlements for gold and fame! Impress your Chieftain in glorious battle and win your place among the legends of the North Sea in this digital adaptation of the award-winning board game!

The Official Digital Adaptation of the Award-Winning Board Game!
Plunder your way to adventure as Raiders of the North Sea brings the strategy and fun of the hit tabletop game to digital life!

Deep Worker Placement Strategy!
Each turn you'll harvest resources twice: first by placing one worker, and then by recovering a different one!
Use your resources to hire a Viking crew and outfit your longboat!
Send your crew on daring raids to win gold and glory!
Survive battles with the legendary Valkyrie...or honor your Chieftain in a glorious death!
Amass Plunder and make sacrificial Offerings to win!

Many Ways to Raid!
Turn-Based Strategy lets you play at your own pace!
Learn the Oars in a full tutorial that teaches you the strategy of the game!
Lead Your People in single-player games against AI opponents!
Rise to Greatness in multiplayer battles!

Need help? Use our Raiders of the North Sea Walkthrough page or sign up and make your contribution today.

Raiders of the North Sea is a strategy game developed by Dire Wolf Digital and released in July 2019. You can download the app on iOS 9.0 and later on the following devices: iPhone 13 Pro Max, 12 Pro, X, SE, iPhone 8, 7, iPad Pro, and iPad Mini.

Patch 1.4.6 contains a fix for an issue causing Campaign progress to be reset between launches. Users who experienced this issue will have their progress restored.

Download Raiders of the North Sea App for iOS/Android Now

You can quickly download Raiders of the North Sea iPhone/iPad and Android app by clicking the download buttons or scanning the QR code below. 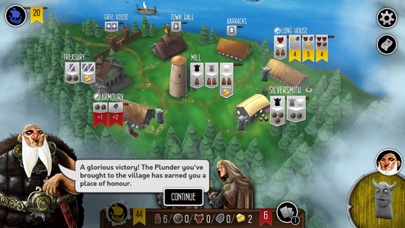 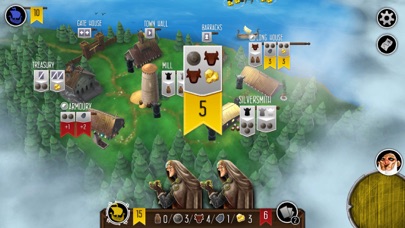 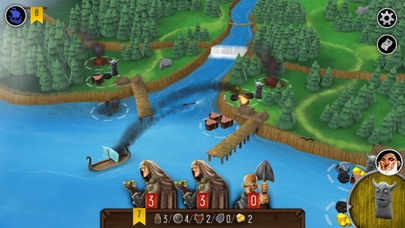 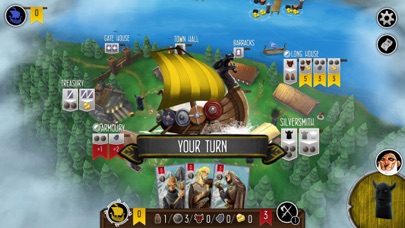 Review: Absolutely great
I’ve never played the board game but I’m buying it because of this app. Great implementation. So many...

By Just A Word Or Two

Review: Almost perfect
This is a very enjoyable and faithful adaptation of the board game. My only complaint is that there is no...

Review: UI not obvious
I discovered by accident that you can see what a card does in your hand or what one of your...

Review: Great implementation
Wonderful digital game that plays great. My only complaint is the challenge difficulty for some missions is crazy which has...

Raiders of the North Sea Add-Ons

Create a new price alert for Raiders of the North Sea