Ever wanted to create stunning animation movies ? too complicated ? well, those days are over ! Super Toon Studio will let you create blazing animations easily with your iPhone or iPad ! it’s an animation studio in your hands. Pixar and Dreamworks will soon be in your shadow !For who is it made ? For budding writers, directors, dreamers, inventors, and anyone who wants to transform their fantastic ideas into 3D animations. Ready to embark on your imagination?

Puppets 2.0
Animating a character is extremely difficult. But thanks to Super Toon Studio and its technology, it's easy, natural and fun! Become an actor, play as your protagonists and animate them with your voice, face and body! Dress your characters with costumes you have colored on paper!

Virtual, or real sets
Super Toon Studio allows you to create your animations in a virtual world or in the real world! Mix your puppets in fantastic stages where you can unfold your stories for example in your kitchen, garden, and finally the most suitable place for your story! But you can also collaborate with friends, direct them and create group animations!

At the heart of your stories
The camera is the director's means of expression, the view of the world. With Super Toon Studio, you are free and in total immersion in the universe of your film. Choose freely the framing of your sequences!

Like in the movies
Because an elaborated image supports the narrative, the professional toolbox is within your reach! Depth of field, blur, sepia, time lapse, etc. The Oscars are waiting for you!

Let us guide you
When you watch a movie, the narrative seems obvious. In reality, it is a very complex creative process! But Super Toon Studio is there to guide you, teach you the narrative structures, to use the image to support your message. Presented in the form of games to accompany your progress, your creative learning will be rewarded with surprises, quests and trophies!

Universe Pack
Regular extensions will feed your creativity with packs including new characters, sets, animations, costumes and music. Soon play historical characters but also key characters from the cartoon world, but for now, it's a secret!

Super Toon Studio is a great educational tool. There are many educational benefits with the Super Toon Studio innovative concept. Behind the scenes, the creative process of bringing a story idea to life will fuel communication and artistic skills. In addition, this tool will foster creativity, collaboration, critical thinking as well as develop technical and animation skills. If you are an educator, get in contact with us you will get a free unlimited edition !

This app is still in Beta, but believe me - incredible features are coming. Stay tuned, a special version for Halloween is coming !

Need help? Use our MagiStory Walkthrough page or sign up and make your contribution today.

MagiStory is a free-to-play game developed by Alexandre Ahmad and released in August 2019. You can download the app on iOS 11.0 and later on the following devices: iPhone 13 Pro Max, 12 Pro, X, SE, iPhone 8, 7, iPad Pro, and iPad Mini.

The whole team is proud to announce the new upgraded beta version which will allow you to create blazing animation movies with your iPad and now your iPhones ! Many have requested this last feature, and we listened to you ! - First of all, the marketing team did a great job and changed the Magistory name into ... Super Toon Studio ! clean, effective ! Do you like it ? More stunning visuals coming soon, checkout the website to see a glimpse of it ! - An entire UI and UX redesign makes the app more enjoyable and supports now phones screen size ! your iPhone is ready to support your creativity ! There is now a guide which overviews the main functionality. For iPad users, the experience is still incredible, Super Toon Studio is amazing on these devices ! - Super Toon Studio now contains built-in costumes to customize your toons, and you can now draw on paper the outfits you would like your toons to wear ! check out the ones we propose for free ! - As usual for a new release, the little bugs running into your device, well, we got some of them out ! - Camera FX are removed as they are in an incubation phase ... cannot say more but you will be surprised of what is coming next ! The director which lies in you must prepare to be on stage !

You can quickly download MagiStory iPhone/iPad and Android app by clicking the download buttons or scanning the QR code below. 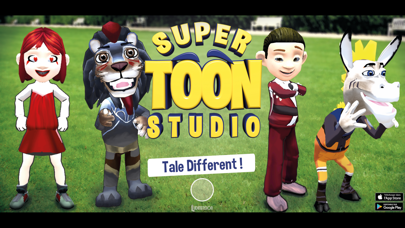 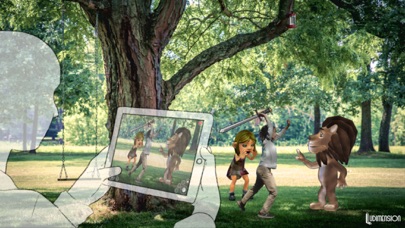 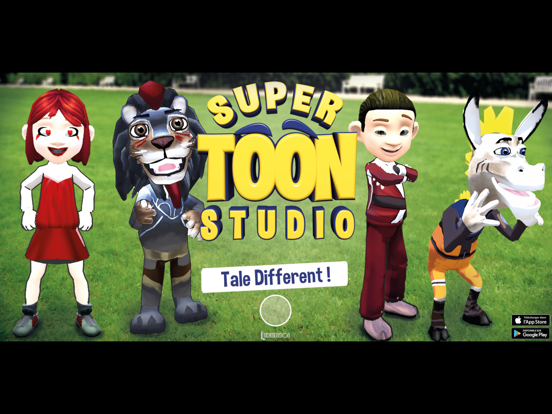 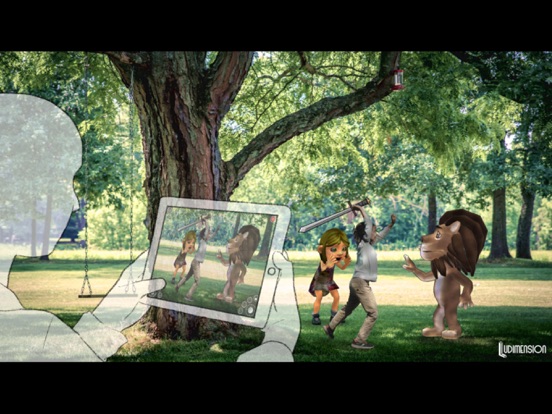 Review: Cloths
Hi, I just can’t seem to find the custom cloths maker for like take a picture and its on...

Review: Did this come out come out yet?
Did the new feature possibly have come out yet? Hello I was just wondering if we you could also make...

Review: HELPP
How do you get the characters to come up?!?! HOW DO YOU GET RID OF THE MOVE AROUND THING??!