Try on the role of a real police officer! Walk the path from cadet to captain – head of the Police Department! Stop and check pedestrians for illegal documents and prohibited items, as well as car drivers and traffic violators. Arrange exciting police chase for violators, but do not forget to perform the routine work of a simple police officer – maintaining law and order in the city.
You just graduated from the Police Academy, and you’re assigned to this city. Historically the city has several gangs, and the local police chief is trying to maintain a delicate balance, but problems in the relationship of the gangs accumulate, few can forget old grievances, a real gang war will come soon! Relationships with gangs and civilians depend on your actions, as well as which gangs can get real influence in the city and crush the rest of the gangs!

Develop your character and increase your rank! Like any police officer, you have two ways – legal and illegal. It is possible to fine violators of a law and order strictly, then on the next check your works will be estimated by the administration and you are waited by promotion, and also bonuses. And you can be more cunning and take bribes to help gangs in their dark Affairs, as well as sell evidence on the black market. Only you can decide which way to choose: the right and long or dishonest, but faster.

Features of game:
– More than 40 cars from specialized to civil
– Three types of vehicle control in pursuit of the offender
– Full realism of this patrol police car – from headlights to siren
– Three types of camera when driving a car in police chase
– Choosing the appearance of the main character
– Five police uniforms, as well as various sets of civilian clothes for your character!
– Ranks from cadet to captain
– More than 18 police patrol cars from sedans to jeeps
– Two ways of character development – good and evil policeman
– Various gadgets indispensable for the police (improved baton, body armor, cameras, etc.)
– A wide range of weapons, both cold and firearms: from batons and pistols to shotguns and rifles
– Unique inspection systems for both pedestrians and cars
– The system of police calls from the dispatcher (the pursuit of a stolen car, registration of a traffic accident))
– Realistic car physics – car damage system, speedometer, fuel level control
– Find out the life of a police officer from the inside: get paid, get ready for inspections of the authorities, bonuses and fines
– The system of tuning cars (car painting/change disks/spoilers/regulation of suspension)
– Amazing story, which is tied to the war of gangs and police
– The intelligent system of city services: the wounded are picked up by ambulance and taken to the hospital, and the detained criminals are picked up by the paddy wagon and taken to the police station
– Addictive gameplay, showing all the charm of the lives of ordinary policeman

Are you fond of the police? Do you like exciting police chase for violators? Wanted to feel like a real police officer and go all the way from the cadet to the captain of the police station? Then the game Police Cop Simulator. Gang War is Your Choice!

Need help? Use our Police Cop Simulator. Gang War Walkthrough page or sign up and make your contribution today.

Police Cop Simulator. Gang War is a free-to-play, simulation and racing game developed by Oleg Andreev and released in September 2019. You can download the app on iOS 8.0 and later on the following devices: iPhone 13 Pro Max, 12 Pro, X, SE, iPhone 8, 7, iPad Pro, and iPad Mini.

You can quickly download Police Cop Simulator. Gang War iPhone/iPad and Android app by clicking the download buttons or scanning the QR code below. 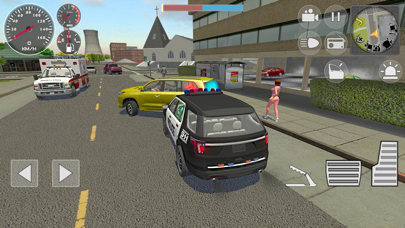 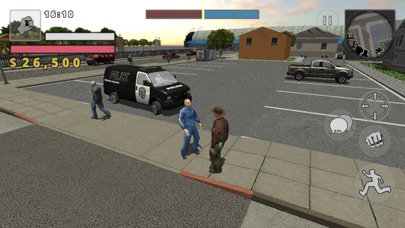 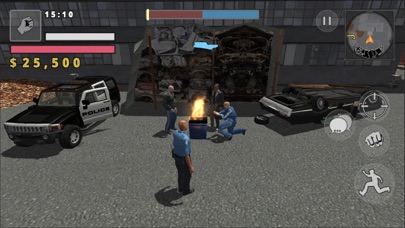 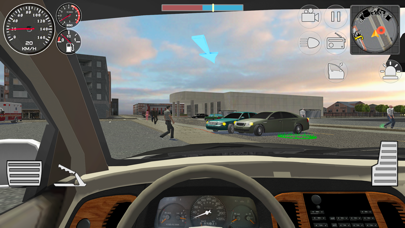 Review: Pretty underrated game
This is one of the finer games in the App Store. They have an amazing play experience even thought it...

By the funnest most epic game

Review: Killing people
I love this game because you can kill people and earn stuff

Review: Good game
It’s OK I could use some improvement but overall it’s good