Dream it. Craft it. Crash it. Create your own car and compete online against your friends, your enemies, or anyone in the world in a brutal demolition derby!
• INSANE DEMOLITION •
Feel every smash, bash, and crash as you rip your opponents' cars to shreds. With physics-based damage, everything is destructible!

• YOUR CAR, YOUR RULES •
If you can dream it, you can build it. Every little detail of your build affects the physical performance of your car from speed, to wheel friction, to turning radius.

• DESIGN YOUR CHARACTER •
Create your avatar's face from scratch. Then deck yourself out with collectible outfits!

• JOIN A CLAN •
Team up with your friends in Clan Wars to become world famous drivers!

• JOIN OVER 100 MILLION GAMERS WORLDWIDE •
Follow @Naquatic on Facebook and Twitter to find out why our apps like MonsterCrafter and Shooting Showdown have been featured by everyone from Apple to IGN, AppAdvice, and TouchArcade.

Need help? Use our CrashCrafter Walkthrough page or sign up and make your contribution today.

CrashCrafter is a free-to-play, action and racing game developed by Naquatic and released in September 2019. You can download the app on iOS 9.0 and later on the following devices: iPhone 13 Pro Max, 12 Pro, X, SE, iPhone 8, 7, iPad Pro, and iPad Mini.

You can quickly download CrashCrafter iPhone/iPad and Android app by clicking the download buttons or scanning the QR code below. 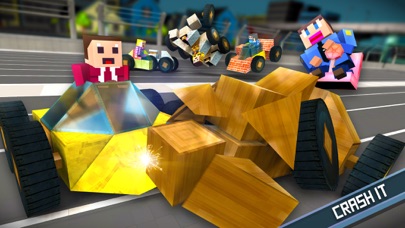 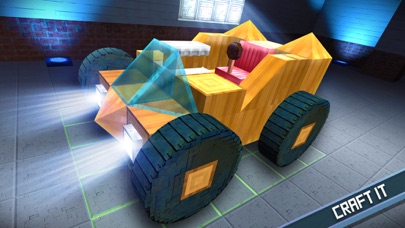 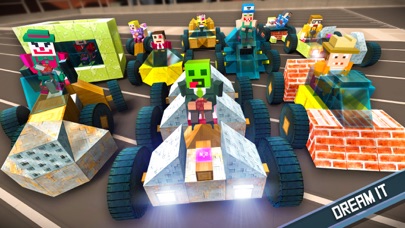 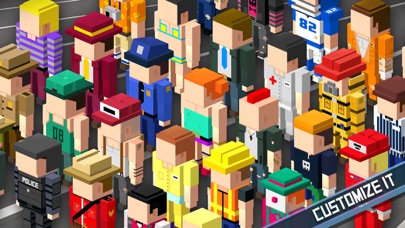 Review: Wow!
Hey guys I think “ffffttyyy” wants the game fixed. I may be wrong but reading the review left me with...

Review: Ok so good game one major problem
So I like you have to level up and get bigger grids but the biggest grid is still small I...

Review: Good game but Bot players and add new stuff?
When I played this game its fun and it lacks a bit of crafting overall! you can build cars its...

Review: It’s ok just need to add somethings
Need more crafting parts and make cosmetics not on the grid so we can use actual blocks when needed

Review: ⭐️⭐️⭐️⭐️
-⭐️ Because we don’t have lot of crafting items