Get ready to battle! A new battle racing experience from the creators of other legendary games like Jetpack Joyride, Fruit Ninja and Dan the Man.


Unlock and upgrade tons of epic characters from other Halfbrick games like Barry from Jetpack Joyride, Dan from Dan the Man or the ninjas from Fruit Ninja. Use them to race your way to victory.


It's your call! Just play as time killer or make everyone else taste your dust competing online on ranked leagues. There is fun for everyone here!

Pick your favorite character and have fun running across all kind of amazing locations like the endless labs from Jetpack Joyride in all kind of different gamemodes.


-Quick Play: Race against other 3 players!


-Friendly Race: Race against your friends in custom private matches!


-UFO Apocalypse: Race avoiding the UFO while battling against other players. Have fun throwing your rivals into the UFO beam!


-Auto-Boost: Your character will be running at max speed all the time. Choose the fastest route and avoid your rival's attack in this frenetic skirmish!


-Flappy Bomb: A flappy evil bomb is chasing after all the players! Watch out! If you stay in the last position for too long it will blow you out of the race!


-Portal Mania: Only for the bravest! A ton of interdimensional portals have mixed all tracks in the game into one! Will you be able to scape this labyrinth?


Collect a ton of unique characters from all across awesome Halfbrick games. Each character has their own set of awesome abilities. Level up and upgrade your characters to make them the best! You can even customize your favorite characters with tons of skins!

These are some of the cool character you will find:

-The Scientists from Jetpack Joyride

- Dan from Dan The Man

- Josie from Dan The Man

- Zombie T-Rex from Age of Zombies


AIM FOR THE TOP!


Take your time, chill out and experience a fun racing game at your own pace or... challenge yourself and climb your way up to the top of each leaderboard from Wood Division to the Masters Division where you will run super intense matches competing online against the best players.

-Use your character abilities to battle your rivals while racing

-Race solo or against your friends

-Easy to learn and have fun

Need help? Use our Booster Raiders: Fun Run Races Walkthrough page or sign up and make your contribution today.

Booster Raiders: Fun Run Races is a free-to-play, action and racing game developed by Halfbrick Studios and released in March 2019. You can download the app on iOS 10.0 and later on the following devices: iPhone 13 Pro Max, 12 Pro, X, SE, iPhone 8, 7, iPad Pro, and iPad Mini.

A new update is here! -We celebrate the tenth anniversary of Fruit Ninja with the arrival of Katsuro as a new unlockable character! - Get the new characters through the Booster Packs. - General Bug Fixing.

You can quickly download Booster Raiders: Fun Run Races iPhone/iPad and Android app by clicking the download buttons or scanning the QR code below. 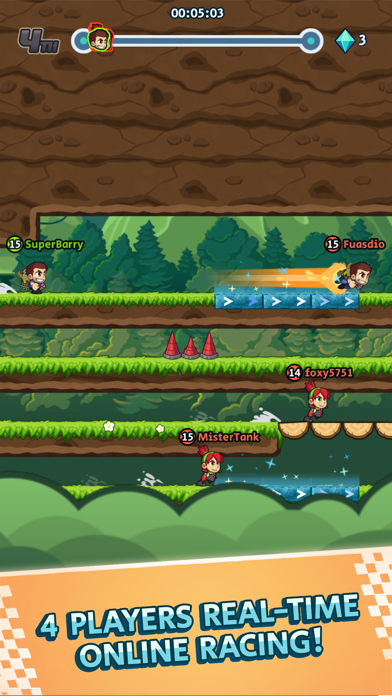 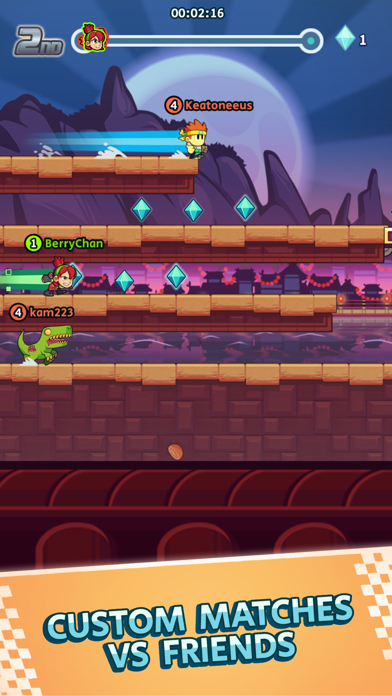 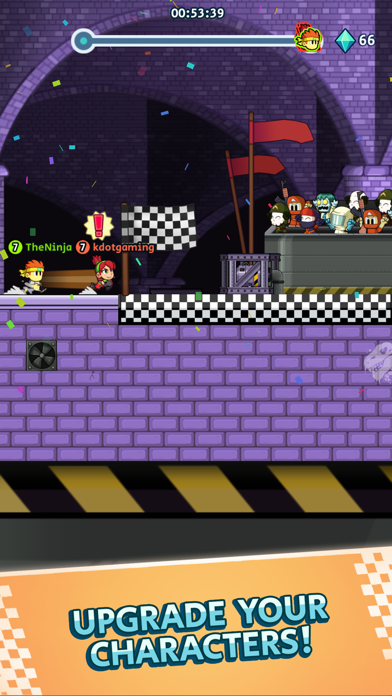 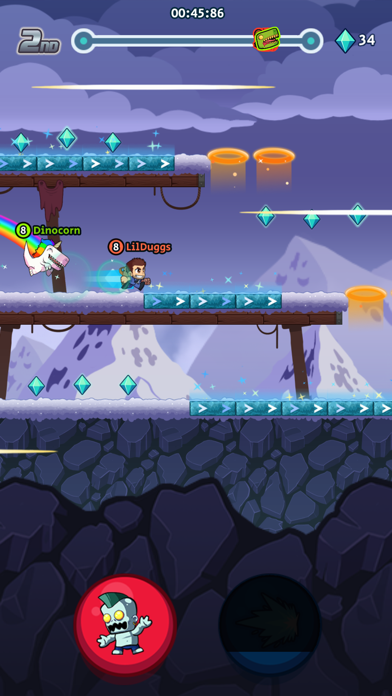 Review: Very good game
The characters that remember me all those good games and the addictive game style are perfect

Review: Dan
I like that u put Dan and Josie in it cuz the game is epoke

Review: It was great
To be honest I mostly play Barry and I always win

Review: This game is amazing
So i got this game again and i love it so much idk why I deleted it it’s so...