This is a retro 2D platformer game with ninja. Run, Jump and Shot, that's it!
*** How to play it ***
The left pad is like cross key for a game pad, but it only works Left or Right. The character named Shaw can move by your control.
The bottom right button is Jump, and you can control his height. A long push means higher, and the short push means lower.
Also if you tap everywhere on the display except buttons then he will throw a ninja star.

The top left bar is his life, so you have to dodge enemies attack and bullets if possible.

I hope you enjoy it!

Need help? Use our Ninja Shaw Walkthrough page or sign up and make your contribution today.

Ninja Shaw - Retro platformer! is an action game developed by F-NET Apps and released in December 2012. You can download the app on iOS 14.0 and later on the following devices: iPhone 14 Pro Max, 12 Pro, X, SE, iPhone 8, 7, iPad Pro, and iPad Mini.

You can quickly download Ninja Shaw iPhone/iPad and Android app by clicking the download buttons or scanning the QR code below. 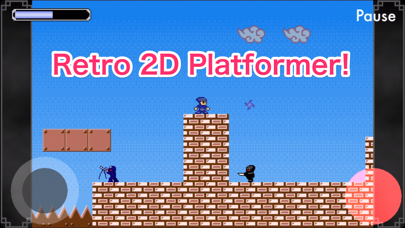 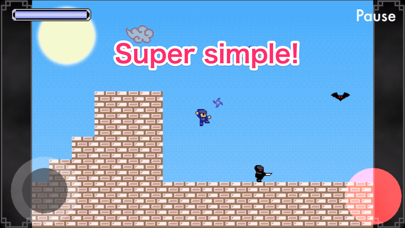 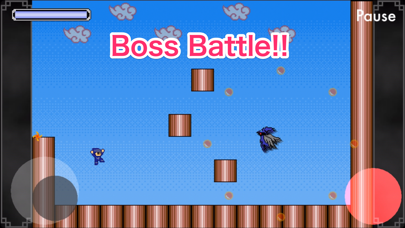 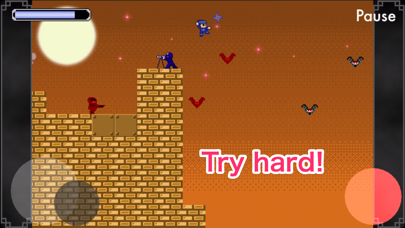 Ninja Shaw has 0 reviews across all iTunes Stores.